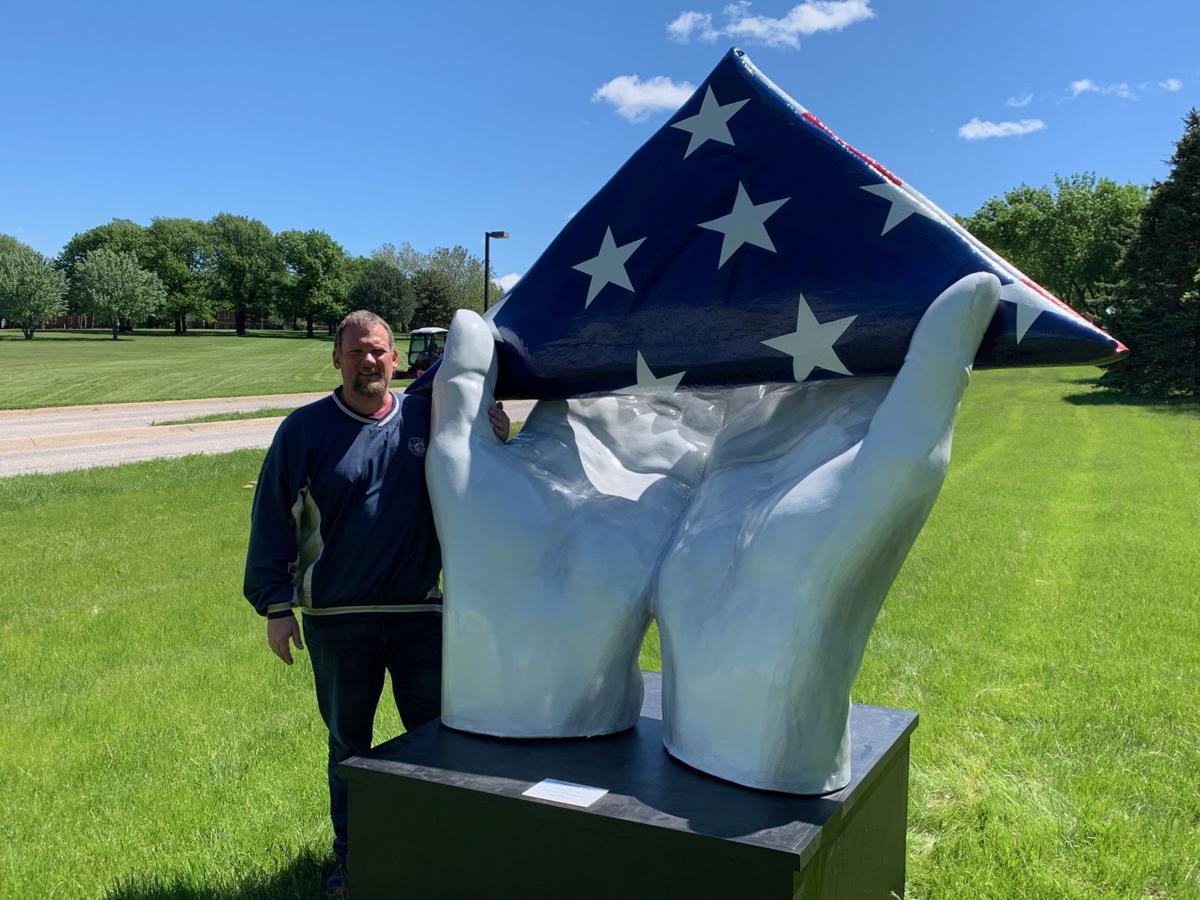 Anthony Godtel, one of the directors from Campus Life, which benefited from the sale of Serving Hands sculptures, with “The Cost of Freedom.” The sculpture was purchased at the auction by Rotary members and veterans to return it to the Veterans Administration. It was damaged in November, but will be returned once it’s fixed. 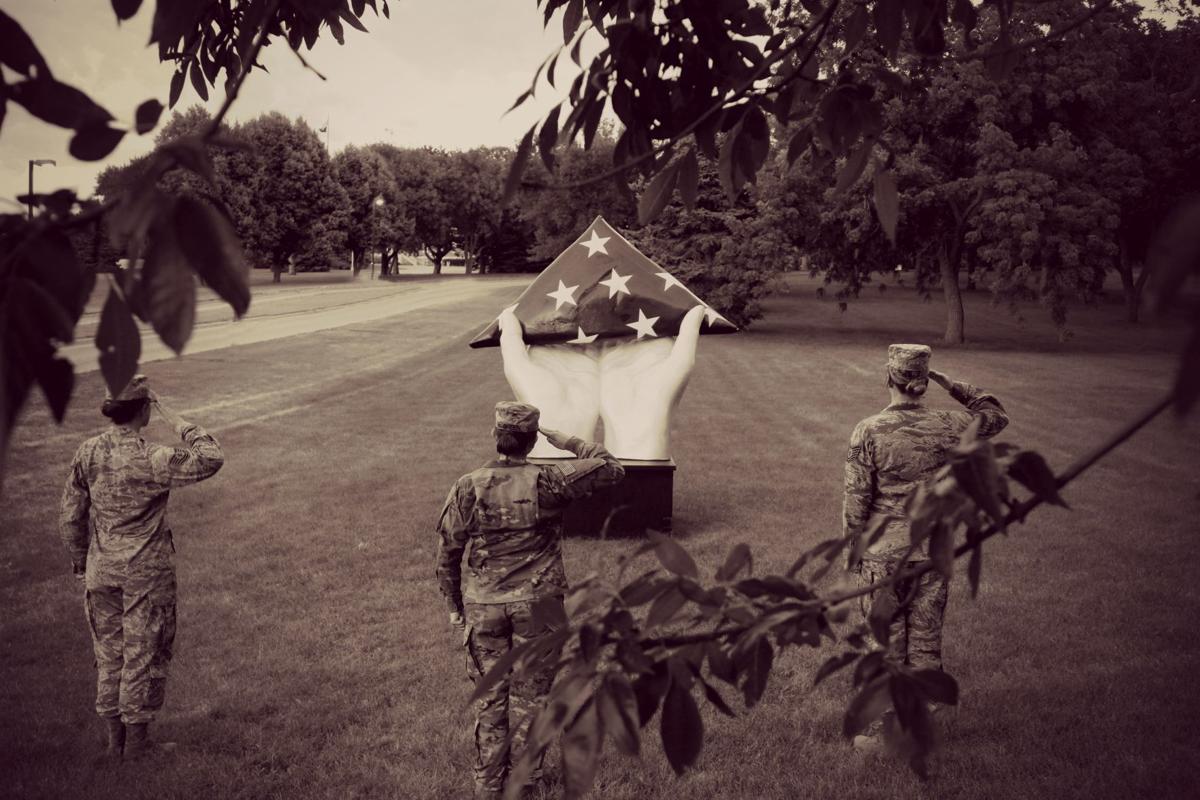 The Serving Hands sculpture that had been sited at the Veterans Administration campus on South 70th Street is being repaired after it was damaged in a November windstorm.

This will mark the second time that “The Cost of Freedom” hands have been secured as a tribute to the sacrifice of America’s military veterans.

The Lincoln East Rotary Foundation collaborated with veterans and other partners to purchase the sculpture for $16,000; it was one of 51 sculptures in Lincoln’s recent Serving Hands public art project.

The sculpture was damaged when it was blown off its outdoor base the day after Thanksgiving.

“There’s a lot of love and feeling for that sculpture,” said Liz Shea-McCoy, director of the Serving Hands public art project. “It’s very fixable. And it is coming back.”

Thanks for being a regular reader! Here’s a special offer for you:

Thanks for being a subscriber.

Enjoy more articles by signing up or logging in. No credit card required.

Workers in the maintenance department at the VA are repairing the damage, and Tammy Miller, the artist who created it, will “touch up” the sculpture after that, Shea-McCoy said.

Veterans and other concerned citizens “can rest assured that it will soon be coming back in great shape,” Duane Tappe of Waverly said.

“The last time when it was moved downtown for the auction, there were many concerned citizens and veterans wondering what happened to their beloved sculpture,” Tappe said.

Sculptures and the stories they tell

The Blue Hour: Lyrical Illustrations Catalog a Menagerie of Specimens in...