A  $24,000 bronze sculpture that was stolen from a Vancouver art gallery last week has been recovered.

The 250-pound sculpture, created by Fahri Aldin, and entitled After Marino Marini, was taken from its perch outside the Petley Jones Gallery located in Vancouver’s South Granville neighbourhood on Monday, November 4.

The gallery shared the news on its social media, requesting the public’s help to locate the piece.

Today, before sunrise, a large, bronze sculpture “After Marino Marini” by Fahri Aldin has been stolen from Petley Jones Gallery.
It is an original, unique piece of an abstract horseman about 50 inches tall and over 250 pounds in weight.

We need your help to find it! pic.twitter.com/e5Yfrld88C

Soon after, Zaric says VPD called confirming officers recovered the art piece and it would be returned to the gallery on Friday. 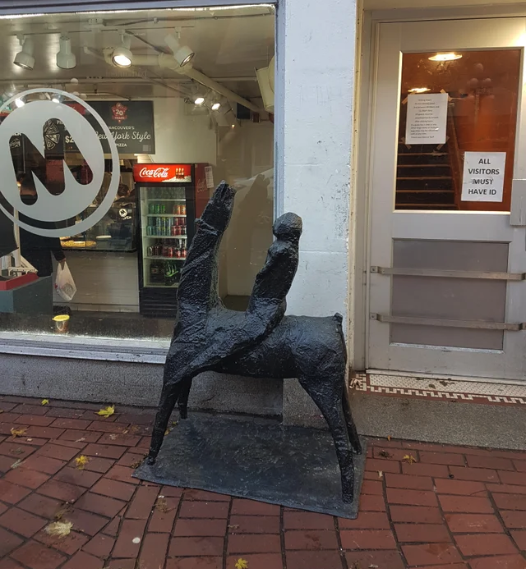 In a statement, Sgt. Aaron Roed with VPD told Daily Hive the sculpture was “recovered after the investigation by the Vancouver Police led to its location.”

Roed was unable to confirm where exactly the sculpture was recovered as detectives from the VPD Property Crime unit continue to investigate the incident.

As for Zaric, she says knowing the sculpture will be returned is “phenomenal news” adding that “gallery staff are “beside [themselves] with joy.”

With files from Eric Zimmer.

In a New Book About Unions and Financial Capitalism, Lessons for the Arts

Arts and artists have room to blossom in San Angelo

Why Is the California Attorney General Investigating the San Francisco Art Institute?