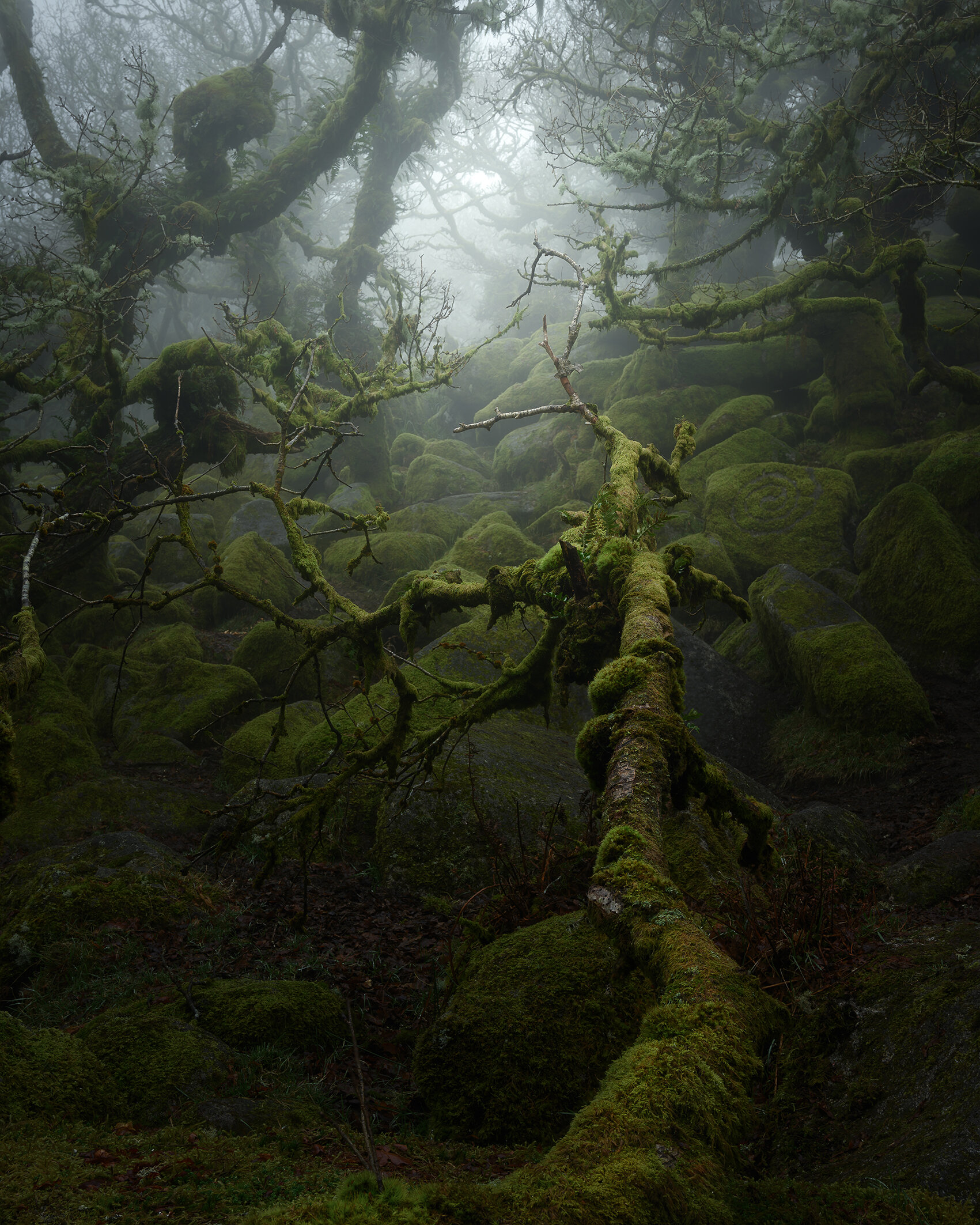 Devon-based photographer Neil Burnell captures a mossy labyrinth of gnarled roots and twisted branches in a new series that manifests nature’s most fantastical qualities. Mystical exposes the otherworldly elements of Wistman’s Wood, an ancient oak woodland on Dartmoor, Devon, England, while it’s enveloped by a dense fog. The overgrown forest is thought to be the remnants of a similarly wooded area dating back to 7,000 B.C.

Burnell tells Colossal that when he visited the spot as a kid, he was reminded of “the film set of Empire Strikes back in the forest of Dagobah.” The photographer has spent much of his career in graphic design, but after delving into photography more seriously, he returned to the forest to try to capture the mysticism in his cinematic style.

It’s taken four long years of visiting and learning to capture a series I’m truly happy with as compositions can be tricky in such a claustrophobic wood. 90% of the successful images are either shot in the first hour of light or the last hour when the light is really soft. The other key element for a successful session is thick fog…I can count the successful trips over the four years on one hand. Many times I’ve been the conditions just don’t suit for the style I want to achieve.

As climates change around the world, areas like Wistman’s Wood will feel the effects. The photographer says the area requires a balance between being protected from destruction while also being available for human interaction and enjoyment. “Over the four to five years I’ve been photographing, it’s clear to me that the woodland is (at) its most vulnerable in the winter months and particularly after heavy rainfall,” he says. “The harsher weather climate throughout the year really can be damaging…During the past five years, I’m thankful to say I’ve not seen one person who hasn’t been respectful to the woodland.”

To follow the latest from Burnell’s ongoing series, head Instagram and Behance. You can also acquire a print of these untamed scenes on his site. A Compact Modern Home Nestled in the Australian Bushland

A New Movie on Moholy-Nagy, Inspiring Artist and Teacher

The Absurdist Echoes of Tudor Tyranny

What Glitch Feminism Can Teach Us Now

Painting a Portrait Is “Like Falling in Love,” Says Jiab Prachakul