I take pictures of art a lot faster than I can write about them, and so I’m looking back at some of the things I saw last winter in NYC, and wanted to write about this artist, who was making his debut at The Outsider Art Fair.

Rick Fleming (b. 1969) is an artist, drummer (and former bodybuilder) who lives and works in Austin, Texas. He does his work at SAGE Studio (SAGE = “Supporting Artists’ Growth and Entrepreneurship”), which provides artists with intellectual and developmental disabilities the work space, art materials, and the support they need to produce, exhibit, and sell their artwork. Here’s a glance at one wall from Fleming’s exhibition at the fair: 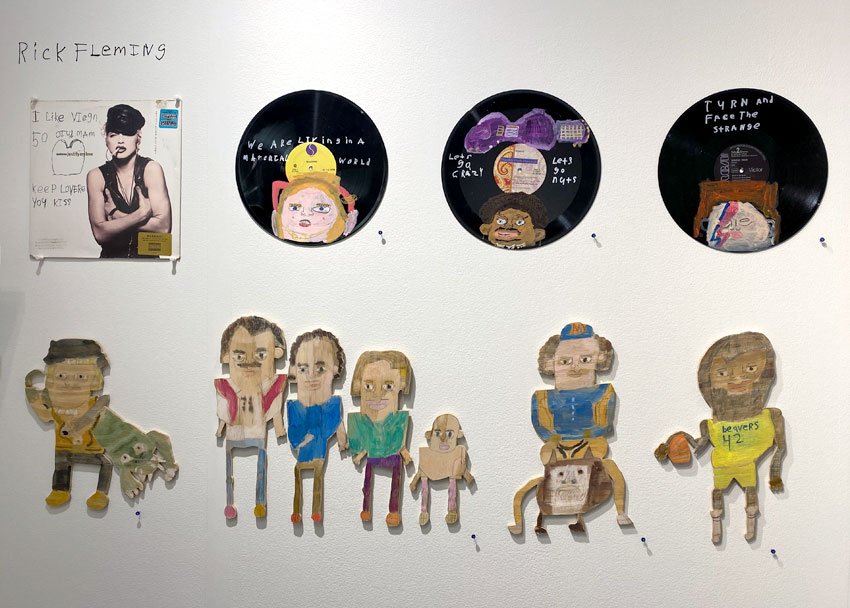 It is noted that Rick Fleming draws inspiration from pop culture, especially classic rock, movies from the eighties and nineties, and WWE wrestling. It’s interesting to note that Rick was recently commissioned by the Joe Biden campaign to draw a portrait of the candidate (now President-elect) to be reproduced as an official Biden tote bag, which you can see on his artist profile page here.

I wanted to note my favorite two pieces from this wall of works … below left is a painted wood cutout featuring the Michael J. Fox character “Teen Wolf,” wearing his basketball uniform, based on this scene from the 1985 movie. Below right is a hand-painted vinyl record, featuring a portrait of Prince and a purple guitar. The painting is made on a 45 single for “If I Was Your Girlfriend,” Prince’s hit from 1987 on Paisley Park Records. Since I grew up in Minneapolis and am a Prince fan, that guides my appreciation of this particular work. 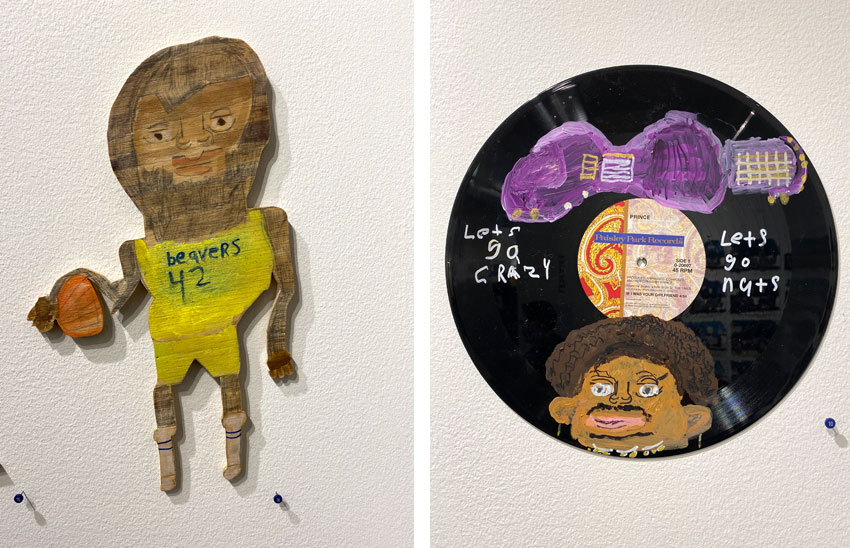 Writing from Another World

A Vandal Has Tagged Jeff Koons’s Controversial Paris Sculpture: ’11 Holes of the Butt’

‘Sistine Chapel of the Ancients’: Tens of Thousands of Ice-Age Paintings Discovered in a...