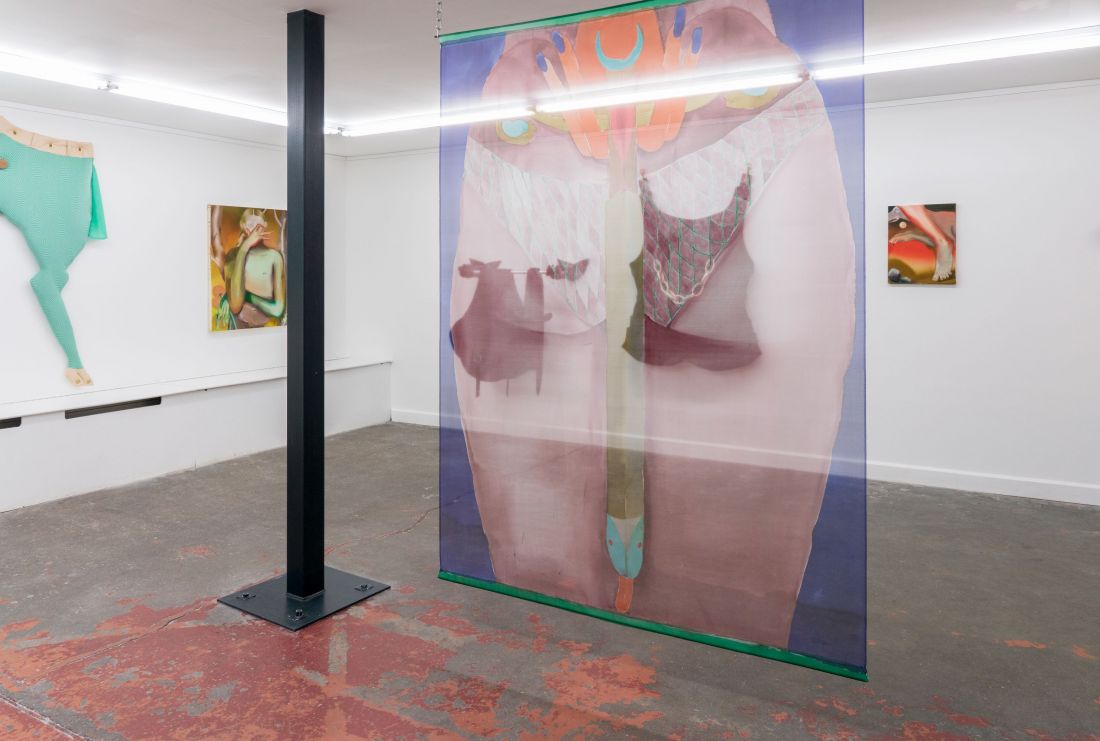 All images courtesy of the artists and the PUBLIC Gallery

On show at London’s PUBLIC Gallery, the paintings by Glaessner and soft sculpture by Nestler draw on a host of art historical and mythological sources, from medieval costume to the lustful nature-spirit of a Satyr, transforming them into something more modern and relevant.

As the gallery explains: “The characters they have invented are shapeshifters, acquiring power in a gender-fluid albeit sensual space where they are their own agents of authority and joyful abandon. Suits of Armour once the regalia of knights are re-claimed as objects of kink imbued with a sense of indomitable power, while mythical figures are enlivened with feminist urgency.”

For example, Glaessner’s piece, Power Walkers presents multiple legs mid-stride – part human, part animal. The dangling hooves of the Satyr suggest a rider mounted on an equine creature, a nod to Renaissance painter Andrea Mantegna’s depiction of Pegasus. But here, edges are blurred, and boundaries are crossed, with a more ambiguous take.

Nestler’s soft sculptures, meanwhile, take the form of clothing and accessories, highlighting the ways that gendered stereotypes play out on the body. Her oversized soft sculptures and wall hangings straddle humour, shame and pride, instilling an omnipotent feminine power into the iconic items she recreates.

Following on from her Power Suit series, an all-leather piece, The Hand that Feeds, suggests what happens when femininity goes too far: a hand reaches out from the wall with long white fingernails curling just above the floor. “The piece celebrates an animalistic impracticality, taking ownership over its condition and rejecting a fate of objectification,” says the gallery.

Power Walking runs until 30 November at the PUBLIC Gallery in East London.