I was walking around Chelsea going to art galleries when I noticed this sign, below left, which reads: “Fear An Art History Future Without Nandi Loaf.” I thought that was an amusing street art boast, so when I got home, I looked up “Nandi Loaf” online, and found a YouTube channel with a short video (with a still, below right) telling me that “The Future Is Nandi Loaf.” Okay, so we’ve got the future covered, but who is Nandi Loaf in the present? I seem to be having a hard time finding much on her, other than another claim that “Nandi Loaf is the most important artist of the 21st century.” 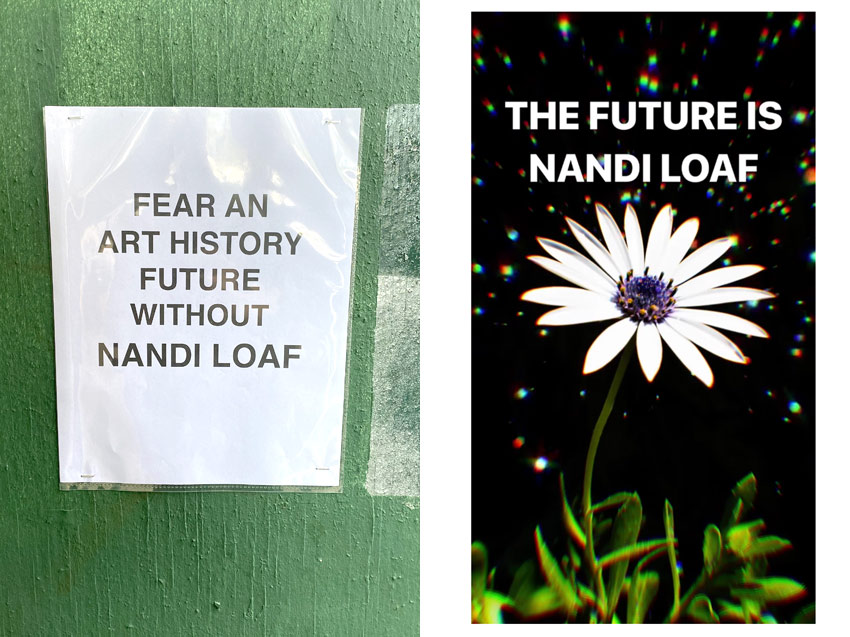 From what I can gather, she graduated from Cooper Union in 2014, sells t-shirts, and has burped on SoundCloud. Maybe being elusive is part of the plan?

Lose Yourself in These Arts & Crafts Reality Shows

Yoga in the Sculpture Garden