Working with entomologists around the globe, the French street artist known as Mantra (previously) transforms brick facades and concrete walls into massive studies of local butterfly specimens. With framed outer edges that mimic a wooden box, the trompe l’oeil murals render the winged insects in detail, depicting their richly hued scales and delicate antennae. Each artwork features species native to the area, making it possible that a live specimen might flutter by its enormous counterpart.

In a conversation with Colossal, Mantra said he’s harbored a lifelong fascination with entomology that stems from spending hours in French gardens and bucolic areas as a kid. “As a child, I was interested, curious, and focused on the small life forms in those places,” he says. His current practice hearkens back to those carefree hours and connects with an adolescent desire to become a naturalist. “My approach is as a scientist,” the artist says, noting that education about environmental care and issues is part of the goal.

Although Mantra considers all insects and natural life beautiful and crucial to maintaining biodiversity, the focus on butterflies revolves around his artistic ambitions because the vivid creatures allow him to experiment with color, shape, and texture. Each specimen is rendered freehand before the artist adds detail and the illusory shadows that make them appear three-dimensional. By painting various Lepidoptera species again and again, the artist is “repeating a mantra,” a detail of his practice that informs the moniker he works under.

In recent months, Mantra has traveled to Belgium, Denmark, and Sweden, in addition to various locations throughout France, to complete public artworks, and he’ll be in Arkansas this month for two projects curated by Just Kids. Follow all of the artist’s entomological murals on Instagram. 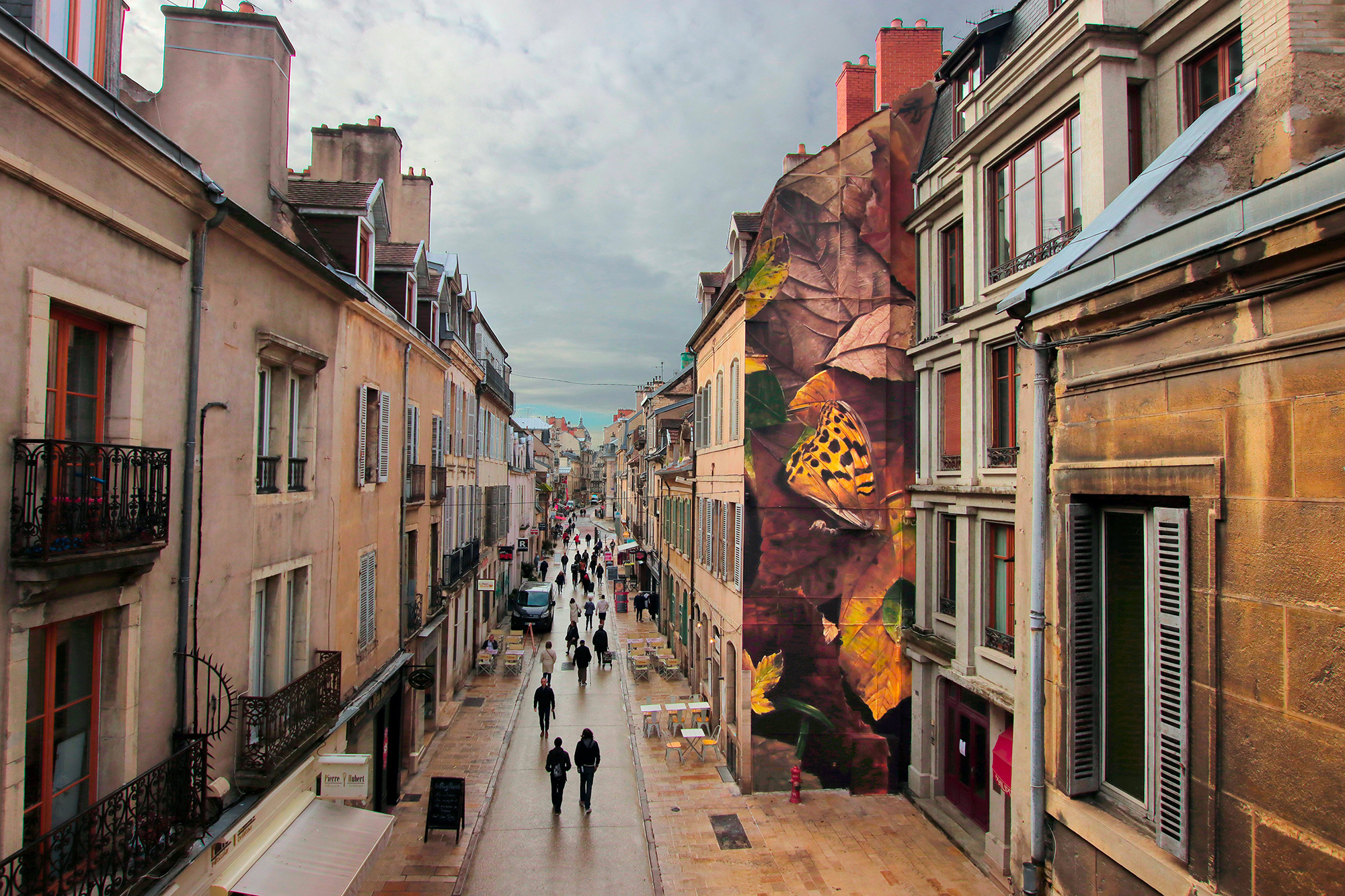