In the hands of Montana-based sculptor Beth Cavener (previously), clay transforms into mesmerizing, life-size animal figures charged with raw emotion and vitality. ​Human​, her recently released and award-winning monograph, gathers and celebrates nearly two decades of these extraordinary creations, featuring 160 color plates of work from six series. The curious menagerie includes hares, foxes, goats, and other common mammals, with graceful and luminous bodies depicted in situations that are often tinged with a sense of violent tension. They are figures of pathos: Some creatures recoil, as though in fear; others seem paralyzed by some unseen force. Many are suspended, tethered, or slumped over, having seemingly surrendered to their perpetual state of entrapment. Still, others are beasts exuding tenderness, their body language and eyes inviting viewers to draw close.

Cavener is a prolific artist, and as ​Human​ reveals, she has experimented with diverse materials including crystallized sugar, black sand, and smoke. Some of her most compelling pieces engage evocative devices like steel chains and glass vitrines, with several incorporating distinctive objects like a 24 karat gold ring and a wasps’ nest. The resulting animals could be displaced from dark fables. They are haunting, unlucky characters whose precise body language and inescapable gazes express unfiltered views of human nature.

Writing the foreword for ​Human​, critic Garth Clark identifies Cavener’s sources of inspiration: People she personally has encountered during her lifetime—including her own self—“whose psychodramas, emotional catastrophes, and sexual peculiarities play out in her work.” Roiling with unspoken affect, these animals serve as unflinching mirrors capable of appealing at one glance and suddenly unsettling at another. As Cavener has said about her own visions: “Entangled in their own internal and external struggles, the figures express frustration for the human tendency towards cruelty and a lack of understanding. Something conscious and knowing is captured in their gestures and expressions. An invitation and a rebuke.”

Explore this beguiling bestiary by picking up a copy of ​Human​ from the artist’s ​website​ or Bookshop. 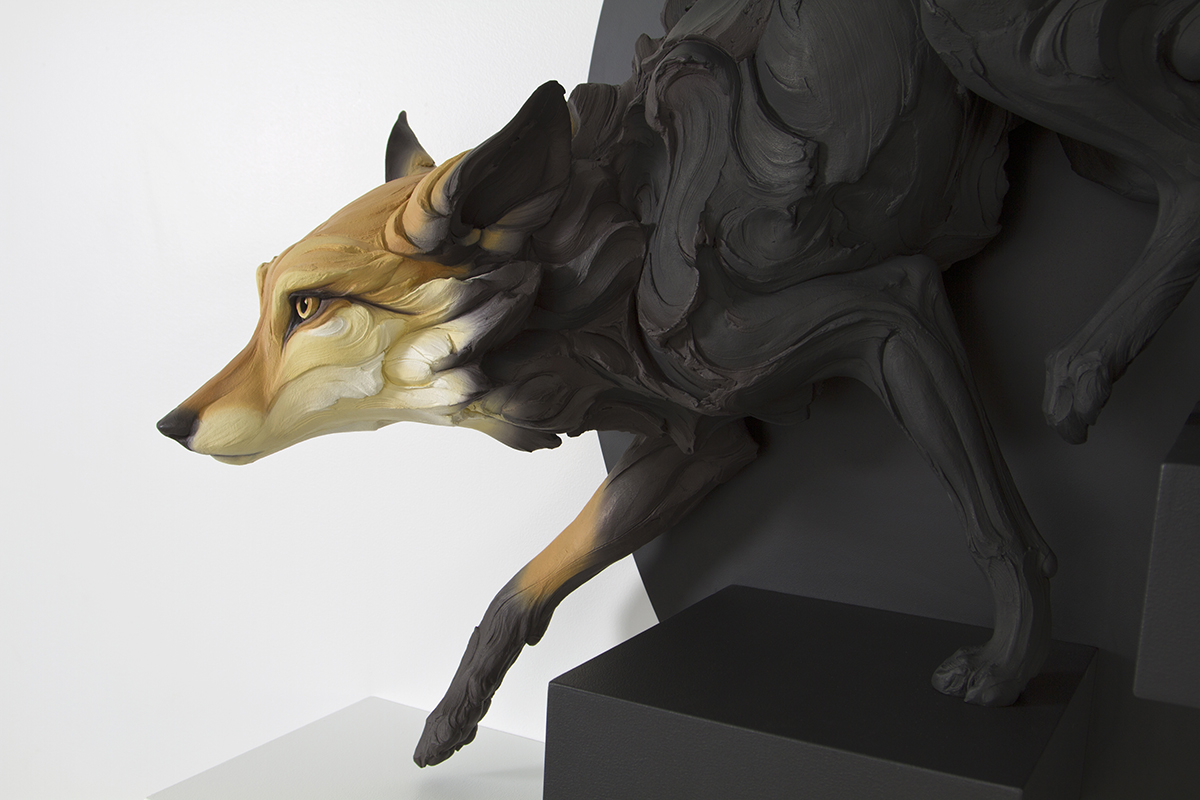