My Belleville (NJ) neighborhood is filled with holiday decorations, and I’ve been photographing them on my evening walks. Last night I noticed these two giant inflatable Santa Claus figures, side by side. It’s almost like the two neighbors are trying to out-do each other as to who has the bigger Santa …?

Let’s take a look from a different angle. The faces are similar, but these are definitely two different inflatable Santas, as the one on the left is holding a small stuffed animal bear (or rather the inflatable version of one), and the one on the right has his arms out, holding a candy cane. But which one is taller? I’m going to have to give the nod to the Santa & Bear over Santa & Candy Cane … I’m guessing that Santa & Candy Cane is about 8 feet tall, but Santa & Bear, especially when seen compared to the front steps and door frame (below right), looks like he could come in at 10 feet tall or more! 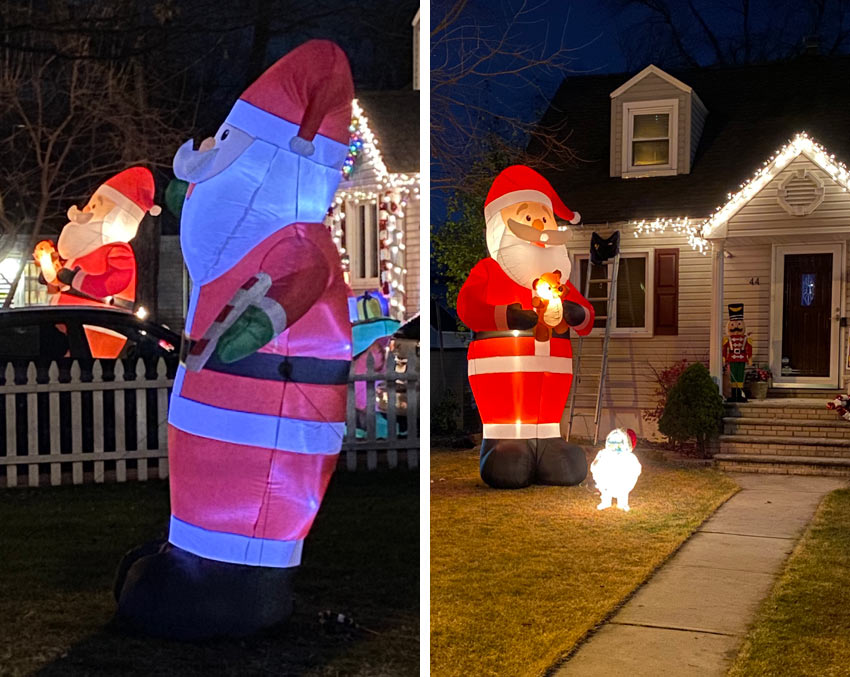 Check out the 30-foot sculpture, indoor playground and more in Columbus – Indiana News

Animated Shorts About the Magic of the Everyday World