It’s a difficult time now with the coronavirus changing life around the world: COVID-19 is altering everyone’s routines, forcing great precautions for those at the highest risk of having health complications, and forcing businesses to shut down or have employees work from home. All of this is affecting the economy as well, which led to my own mental journey via word association. The current economic issues made me think of the stock market, which made me think of the Great Depression, which made me think of Depression-era murals I saw in San Francisco years ago at Coit Tower. As I went back to look at my pictures from that trip, I happened upon this detail of a man looking at his newspaper with “New York Stocks” as the headline, and I wanted to learn more about this image. 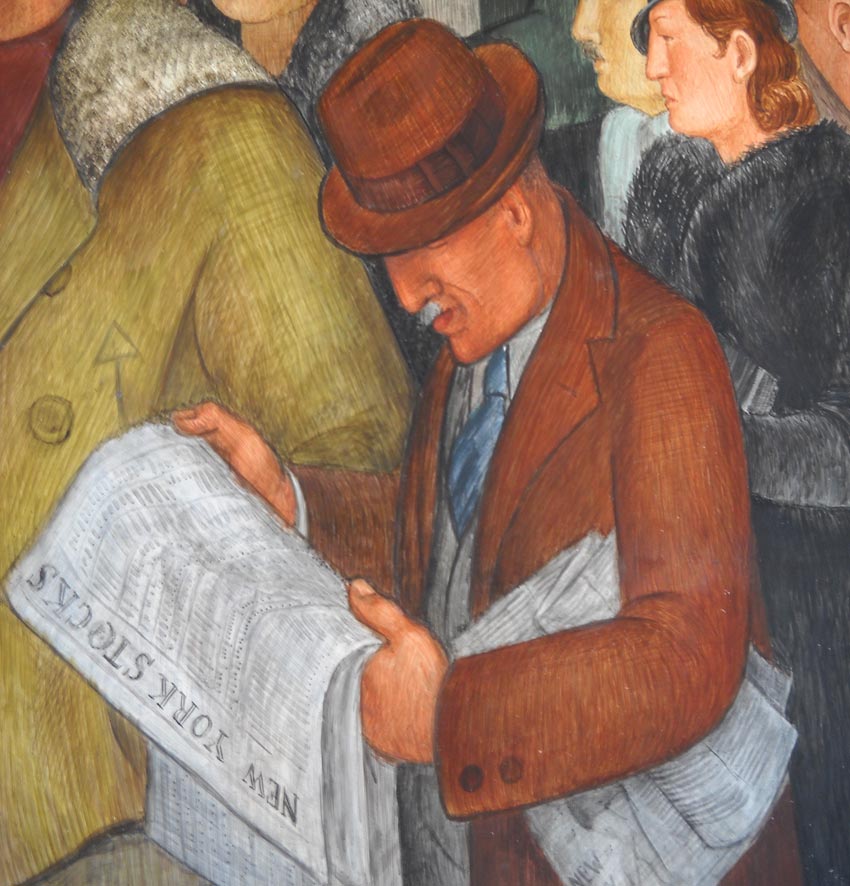 After a little research, I found out that my photograph above is from a mural painted circa 1934 by Victor Arnautoff, a Russian-American painter who was teaching in San Francisco at the time. He painted several murals at Coit Tower as part of the “Public Works of Art Project” via the “New Deal,” which was a series of programs, public work projects, financial reforms, and regulations enacted between 1933-1939 by President Franklin D. Roosevelt in response to the Great Depression. Before we go on with additional views of the mural, I just want to mention something I noticed in the mural detail, above: do you see the feint arrow pointing up on the man’s gold-colored jacket behind the newspaper? Is this a symbolic mark by Arnautoff to reflect hope that the stock market would go back up?

This detail is part of a much-larger mural, titled “City Life 2,” which you can see in its entirety below. (You can see all of the various “City Life” murals by Arnautoff here). It’s a busy street scene in San Francisco, but it creates another question for me, just like the mysterious arrow in the detail above. The question here is: there’s a sign for “City Lights,” which would suggest to me the City Lights Bookstore, well-known for being a hub of beatnik authors in the 1950s. However, City Lights founder Lawrence Ferlinghetti didn’t open this bookstore until 1953, so what exactly was Arnautoff referring to back in 1934? 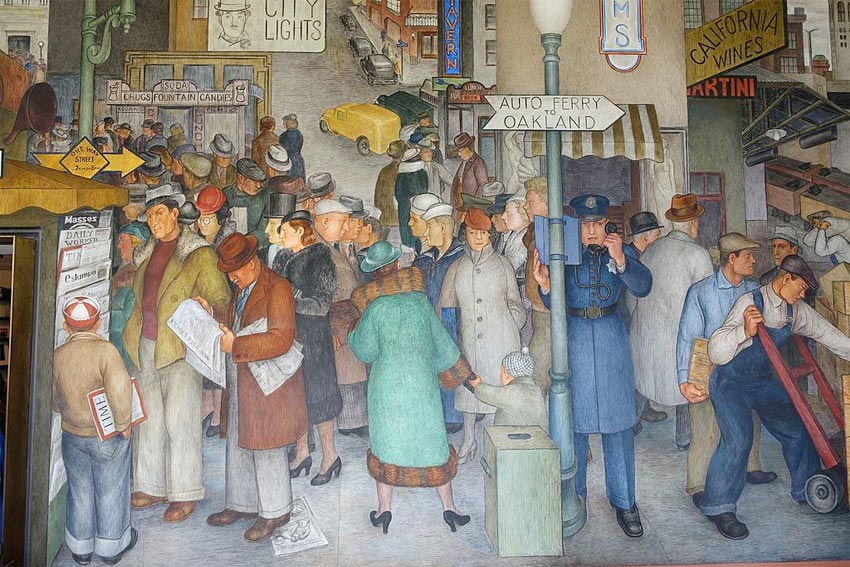 Here’s a fun detail that ties back to my detail photograph of the man with the stock market newspaper report … the man that he’s standing in front of, the man wearing the gold-colored jacket, is actually a self-portrait by Victor Arnautoff as a way to incorporate himself into the painting! 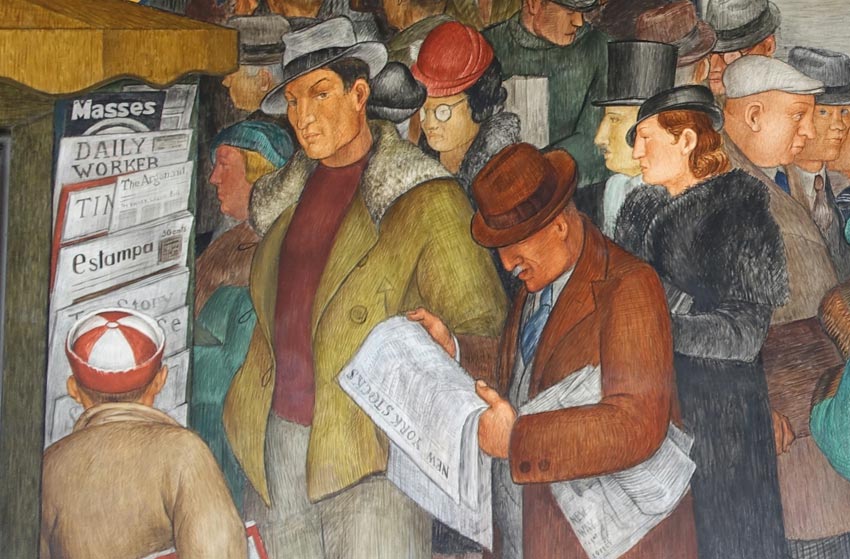 Writing from Another World