I was watching the news on CNN a while back when they started a report on massive overcrowding of migrants at an El Paso, Texas, Border Patrol processing facility. CNN was flashing still photos of the migrants and the facility on the tv screen, except they were blocking the migrants’ faces with white blocks in order to protect their privacy. It makes sense, but at times, the images became pretty abstract, as you can see in the television screen shot below. I find this particular image to be a curious one from the CNN producer’s point of view, because it doesn’t really show much of anything at all, but I kind of like it as abstract art. 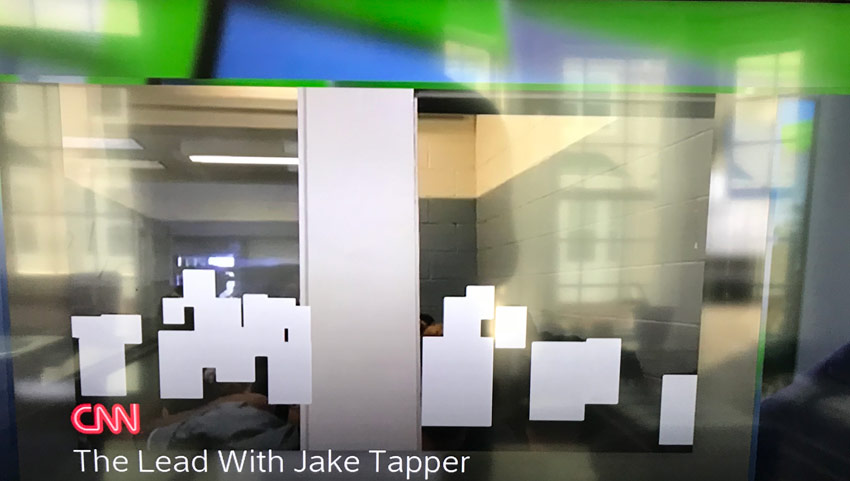 The Internet Can’t Get Enough of Bundled-up Bernie Memes

Drive Through Indonesia with Rebel Riders, A Group That Modifies Vespas with Idiosyncratic Designs

The Internet Can’t Get Enough of Bundled-up Bernie Memes