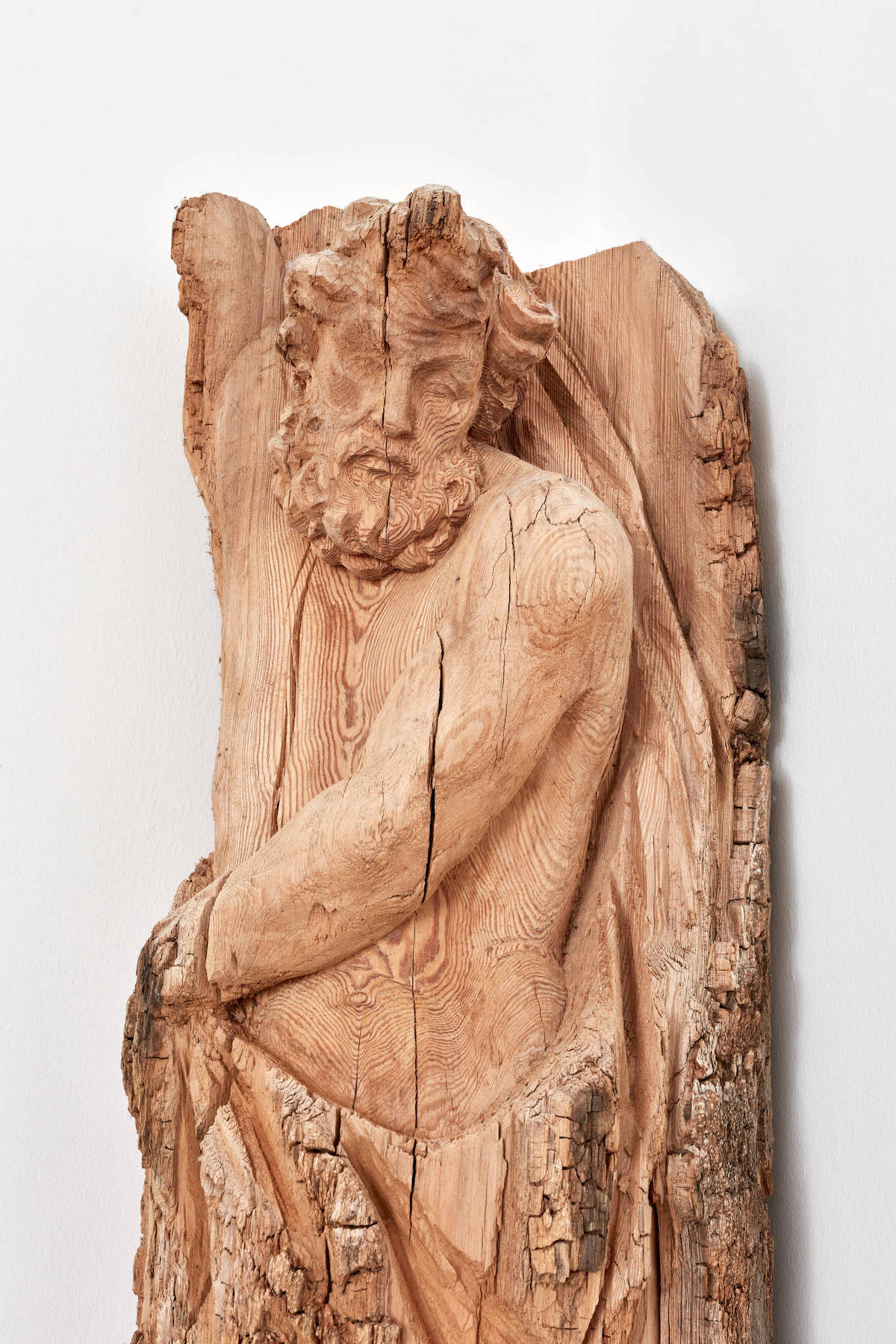 Some creatives work with raw materials that are always on hand, but not German artist Christian Kosmas Mayer. It was decades before the wood he’d eventually use in his sculptures would be unearthed. In 2012, pine trunks were recovered after the demolition of Berlin’s Palast der Republik, a symbol for the German Democratic Republic that lasted from 1949 to 1990. Mayer purchased the wood at auction. Its historical significance not lost on him, the beams he had just bought once supported the Prussian Berlin Palace for hundreds of years—1443 to 1918. With this in mind, Mayer fashioned the trunks into figures that emerge from the raw wood. It’s as if with his carving, the artist unearthed these figures. And in a way, he has.

The carved figures have historical significance. Their style and poses are based on the photos of the atlas figures that once decorated the stairwell of the Prussian Berlin Palace. Mayer’s recreations are smaller than the originals and have a rustic aesthetic. Although not exactly the same, the act of recreation is his way of “memorializing an erased and disappearing past” to be reborn in a new way—all while maintaining ties to what was from long ago.

Mayer’s work appears with artist Andreas Fogarasi in an exhibition titled Mi. It is now on view through November 6, 2020, at Vintage Galéria in Budapest, Hungary. 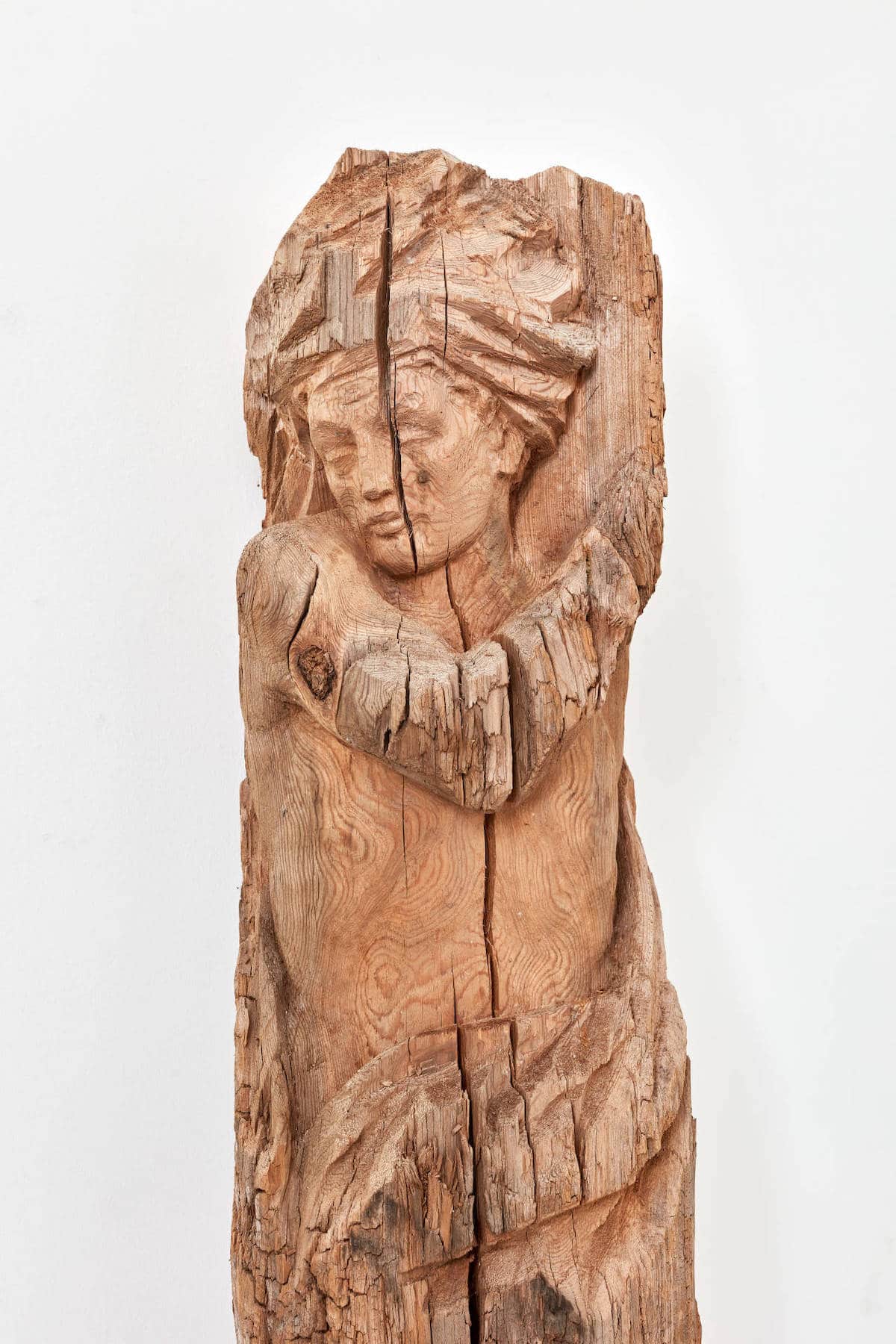 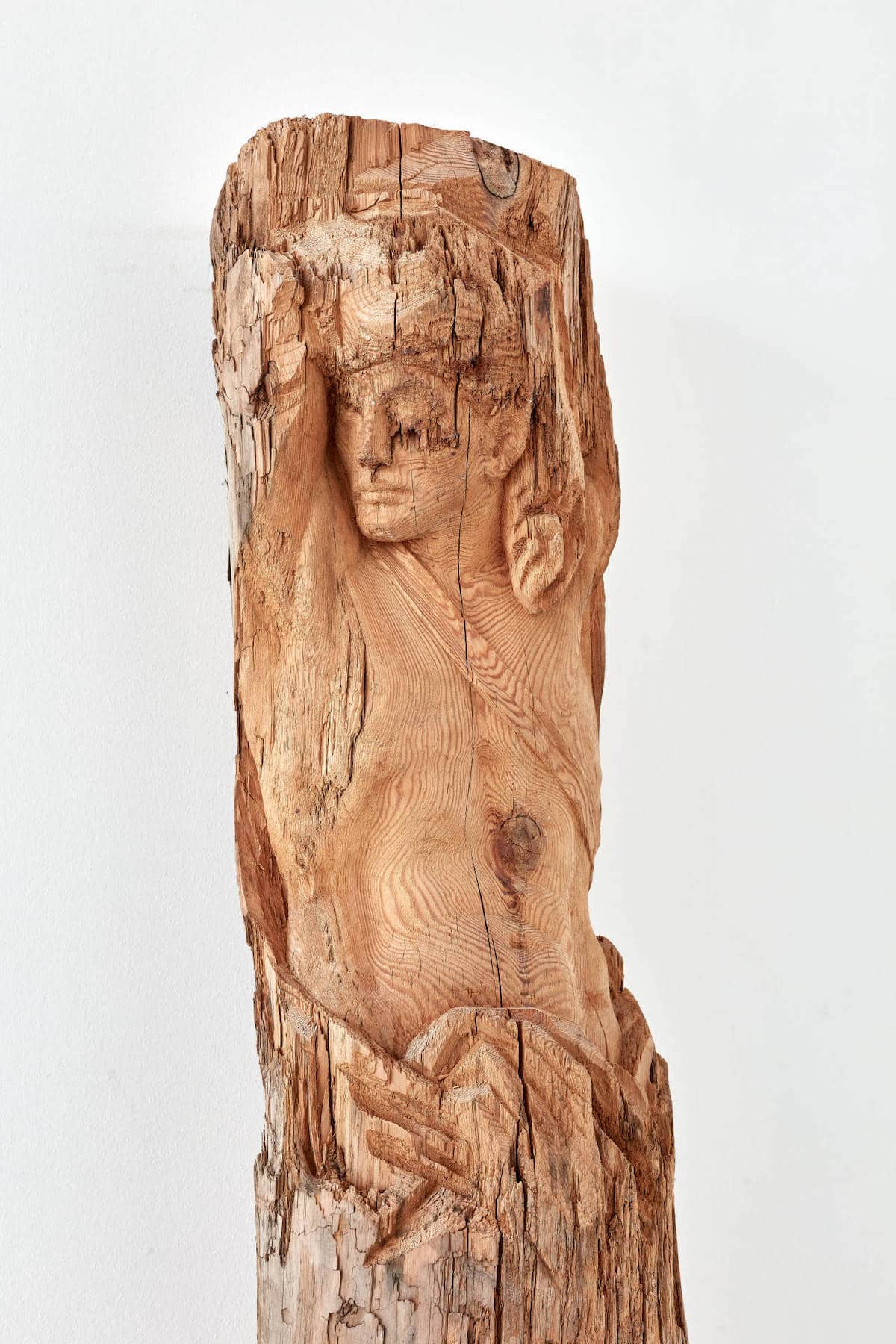 Their style and poses are based on the photos of the atlas figures that once decorated the stairwell of the palace. 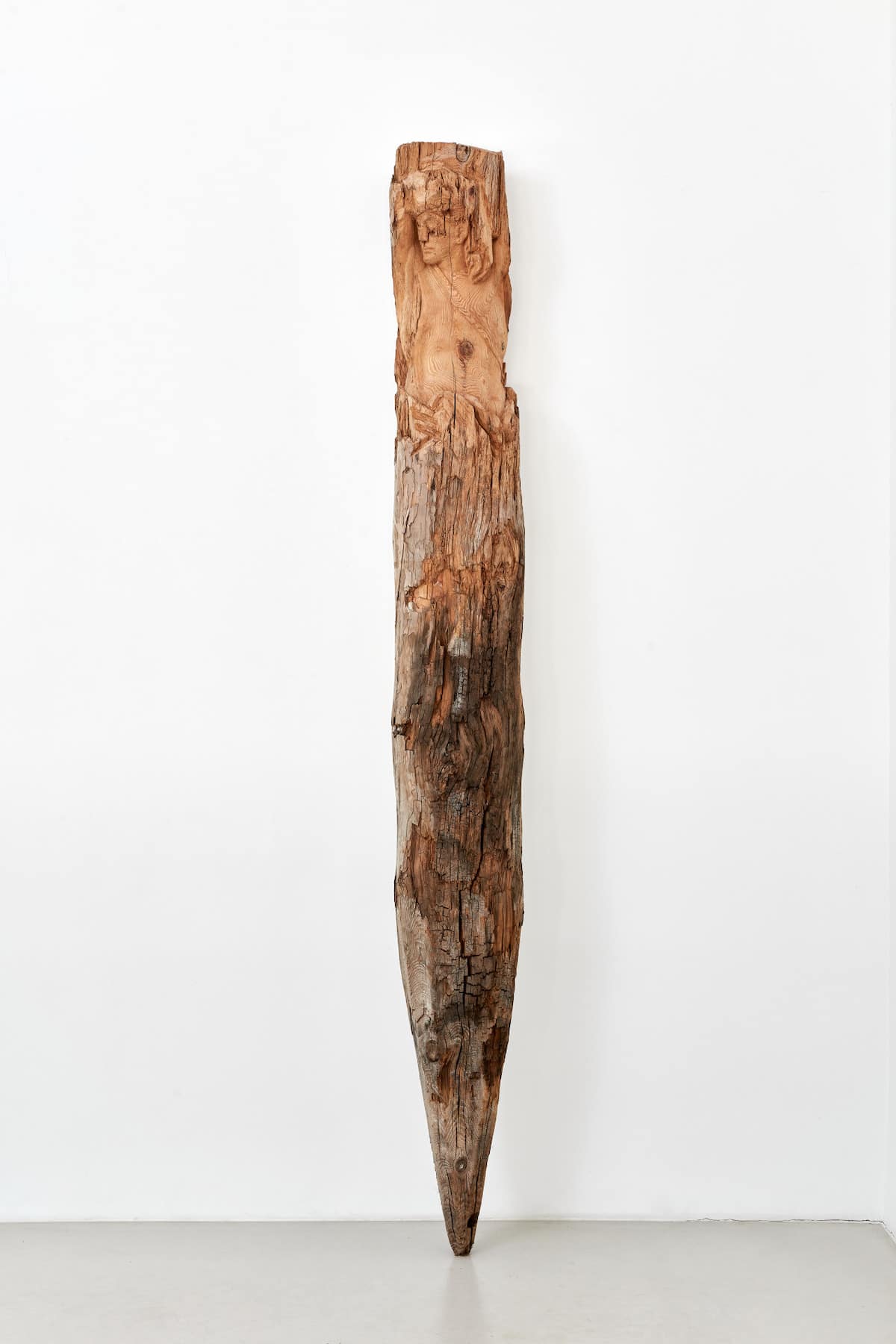 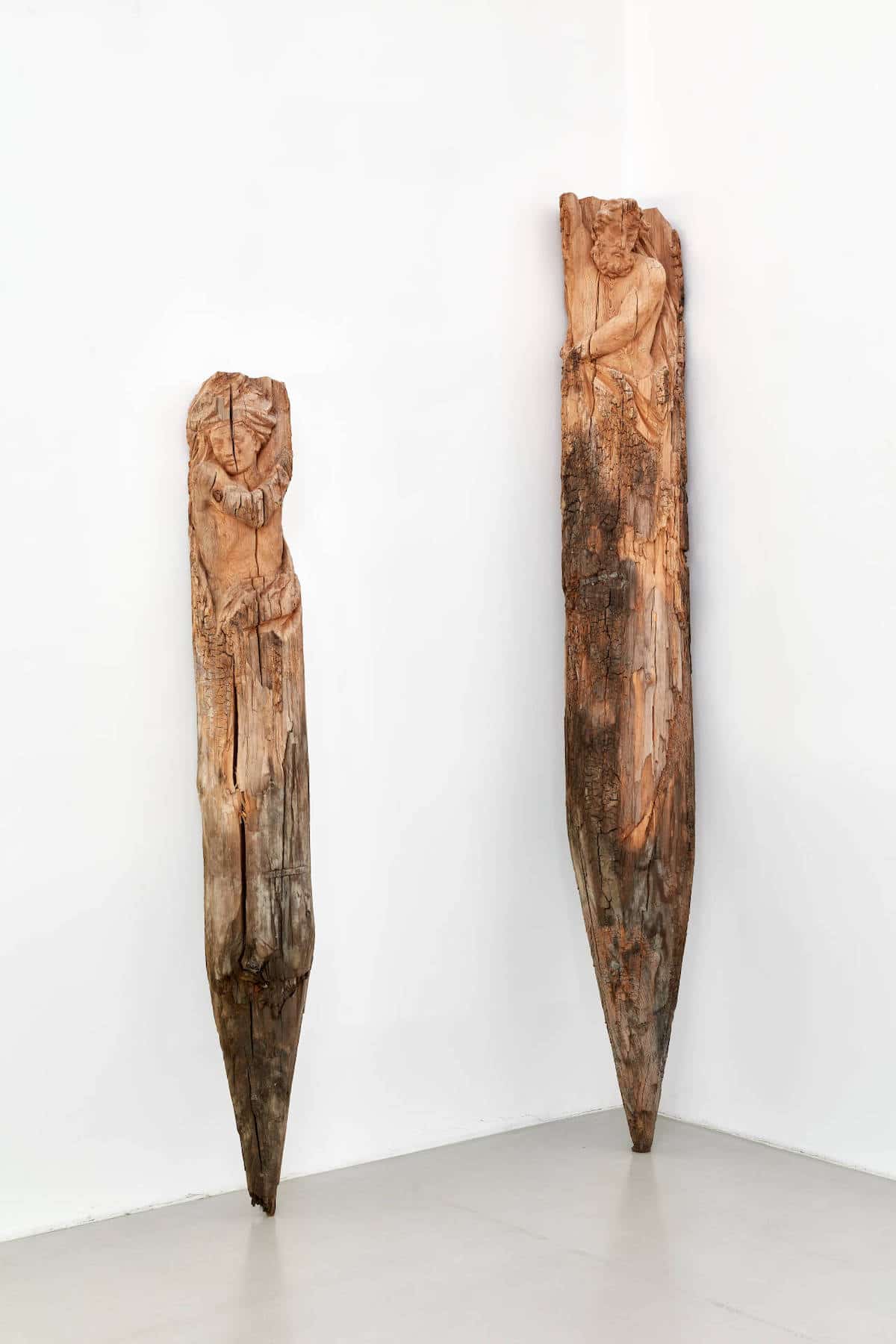 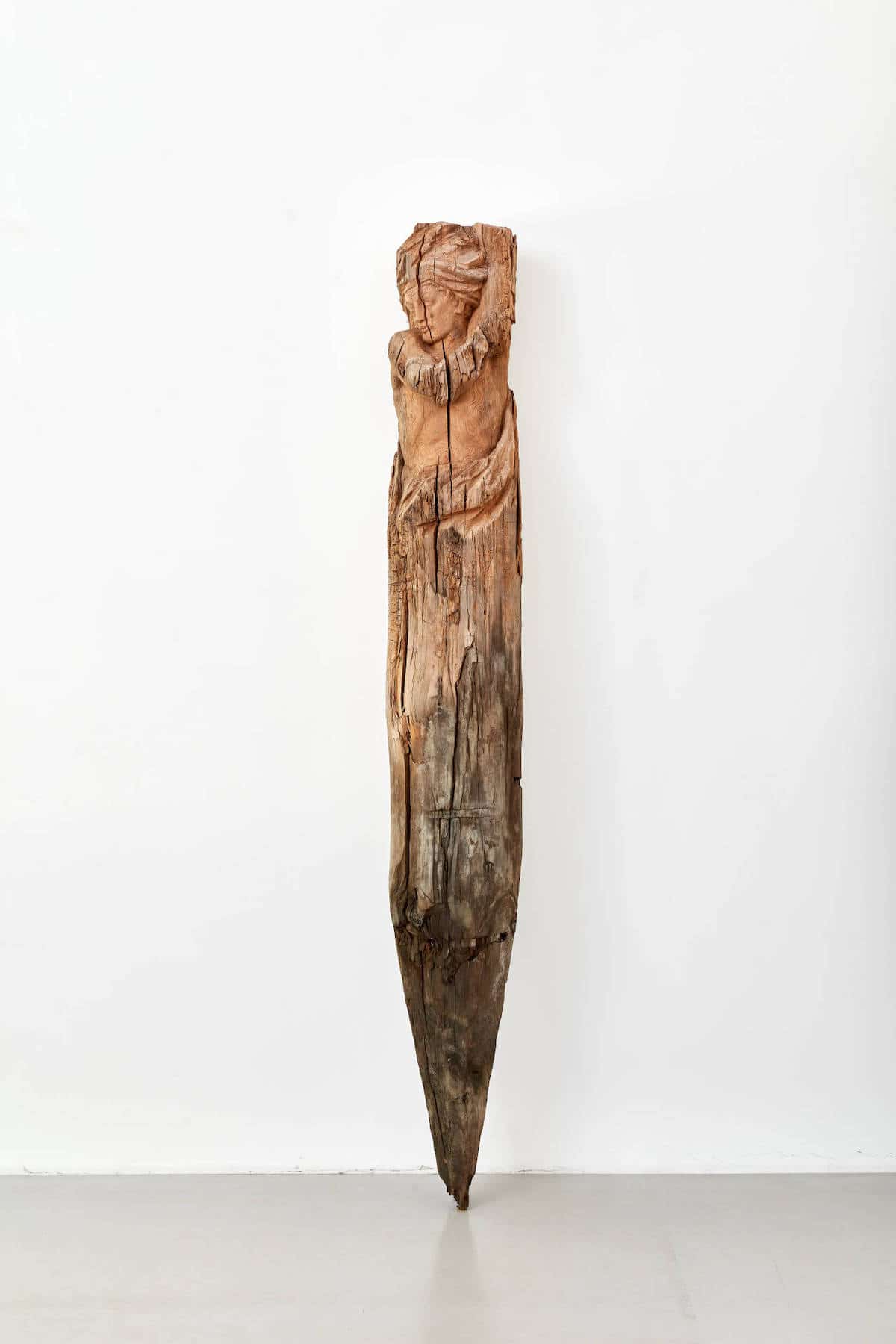 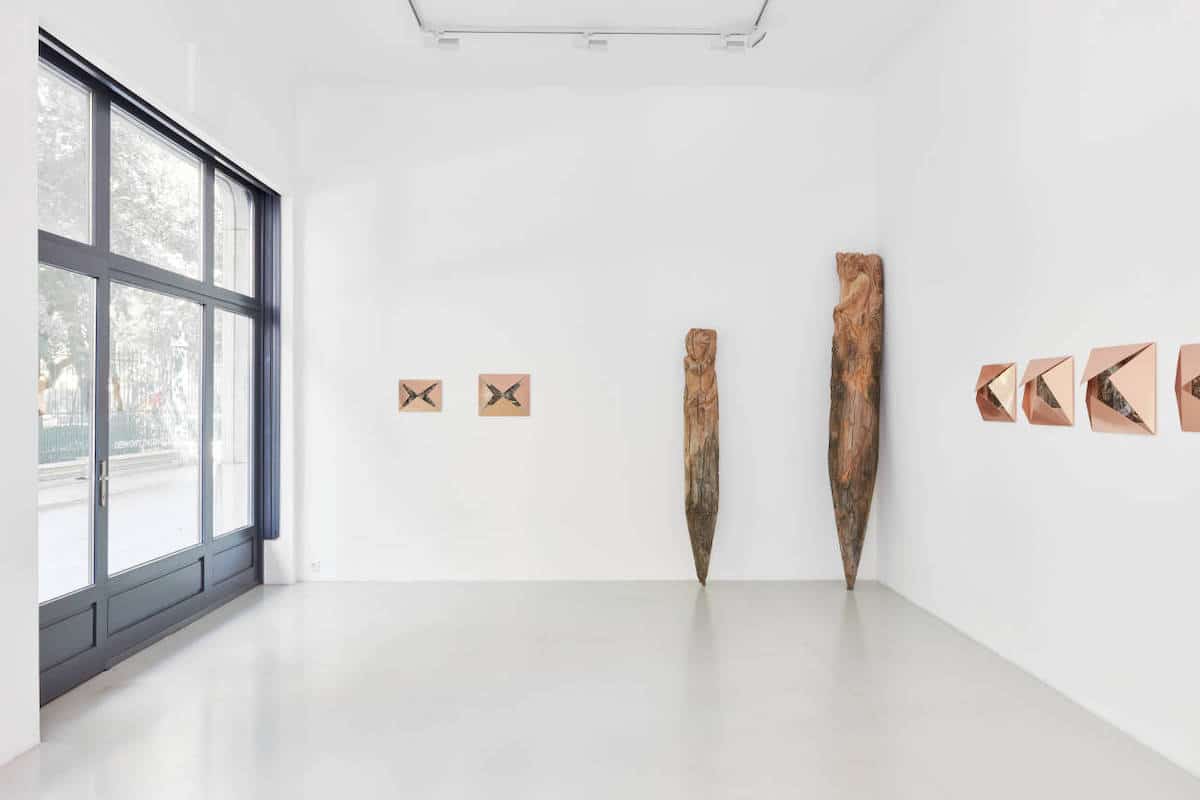 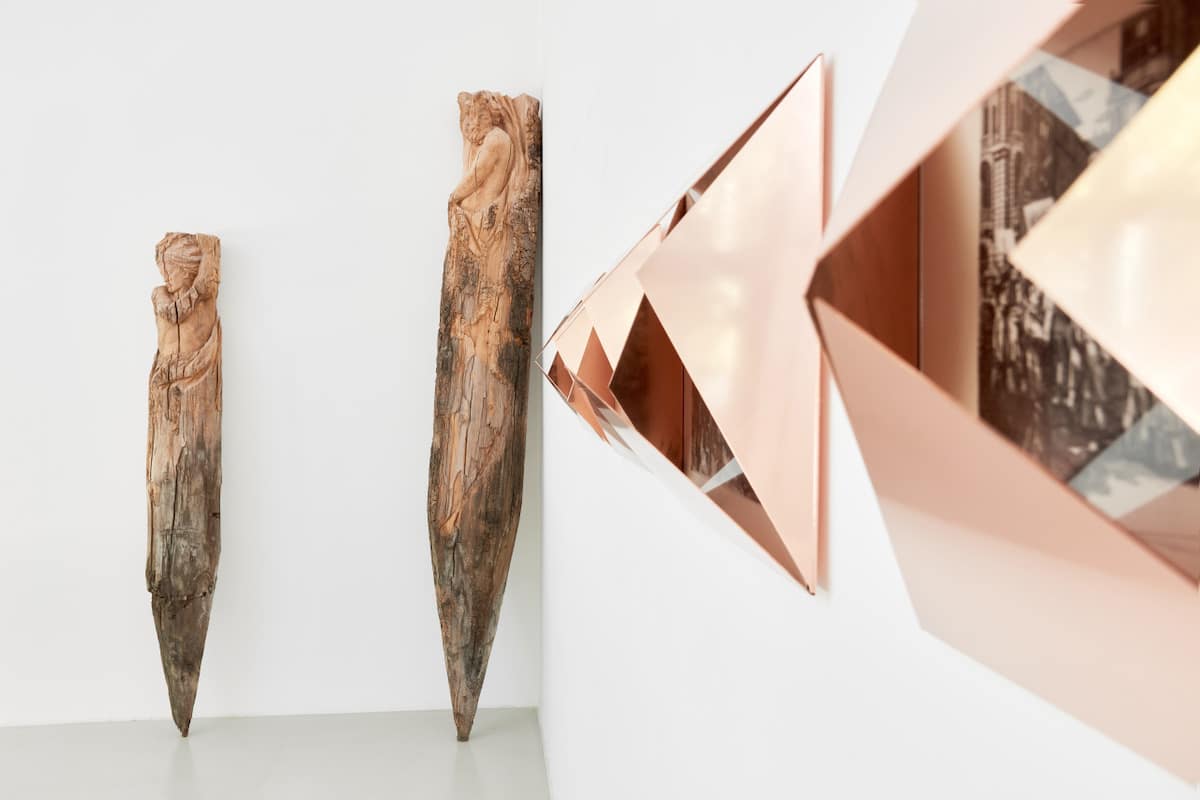 15 Master Artists Carrying on the Ancient Tradition of Wood Carving

Sinuous Animal Sculptures Made Out of Foraged Wood and Metal Scraps

READ: Carved Figures Emerge From Wooden Beams That Were Once in a Historic German Palace

‘Art Box Sculptures’ are much more than meets the eye