The luxury hotel group, Maison Albar Hotels, has reopened Hotel Imperator on Nîmes’ town center’s most stylish square, in the South of France, after an intensive 20-month renovation project involving hundreds of craftspeople. The hotel originally opened in 1929 and was built in an Art Deco style typical of the era by Compagnie des Wagons-lit – the train company behind the Orient Express – with the launch of the Paris-Lyon-Marseille railway line. 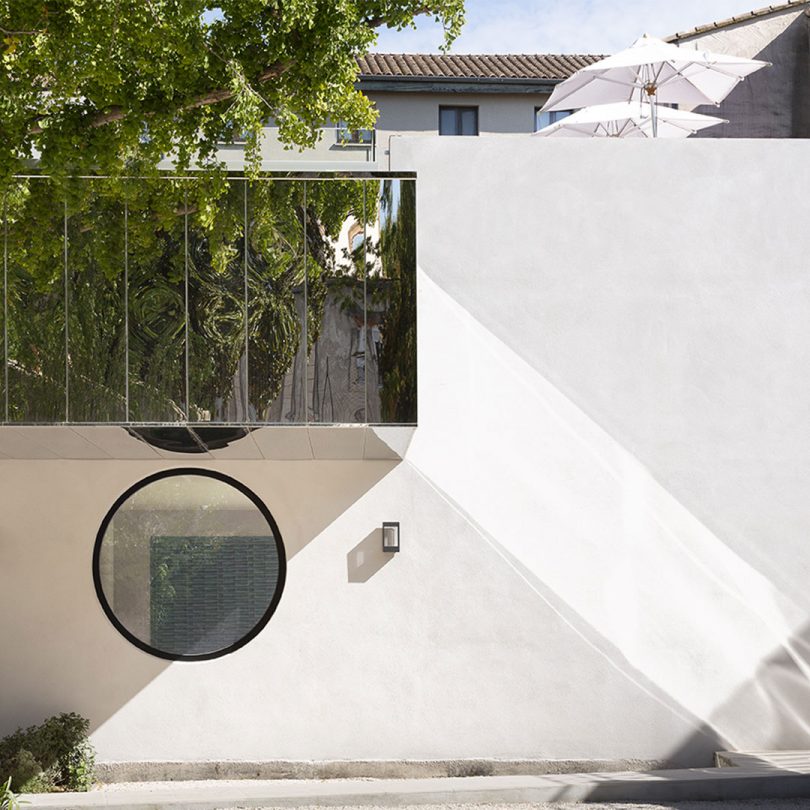 “Our challenge with this project was to magnify the Art Deco spirit, preserve the soul of this mythical building while giving it liveliness and modernizing the offering,” says Marcelo Joulia, the French-Argentinean founder of Naço Achitectures, the firm behind the renovation, and himself a local resident. “This project was fascinating, and I personally chose certain details: the wall and suspension lamps, the limestone of the region whose whiteness and compliments the Mediterranean luminosity.” 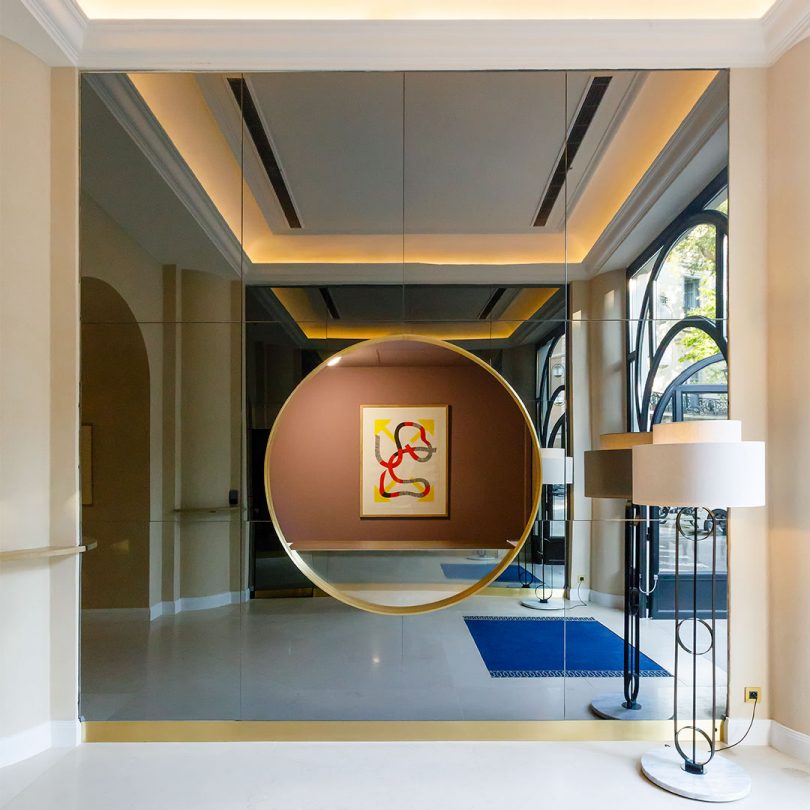 “On this project, and for all Naço projects, putting spaces into perspective and different arrangements of light was essential. For the Imperator, the creation of the ‘continuous perspective’ was possible thanks to the huge, 4.3x3m, sliding glass panels along the cloister that generate progressive perspective depths – an incredible and unique work that we thought unachievable.” 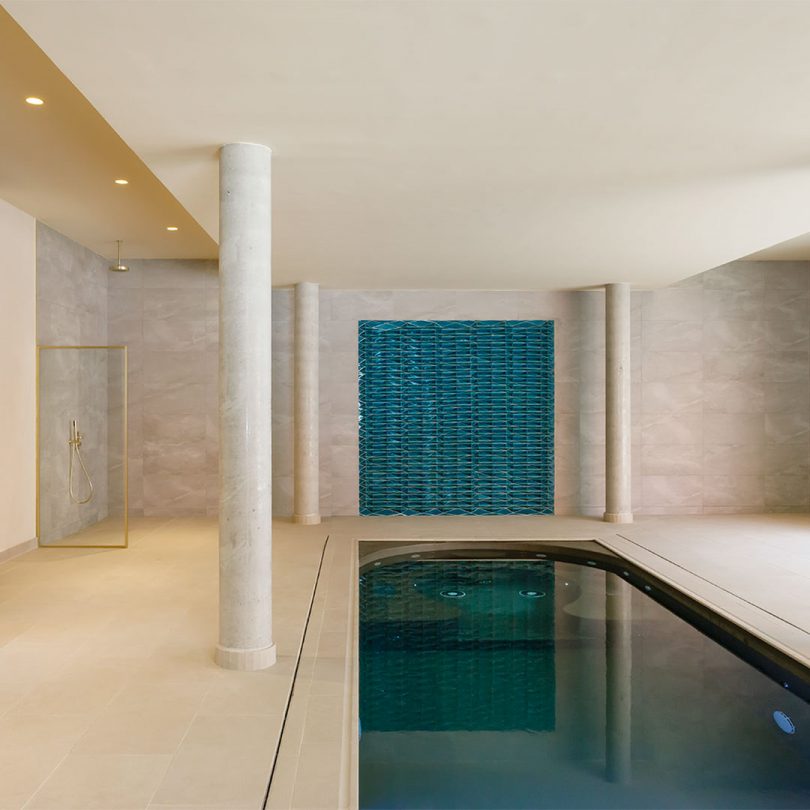 The five-star boutique hotel now offers 53 rooms, a spa, indoor and outdoor swimming pools, three restaurants, eight villas, a hammam, a jacuzzi, a barbershop, a training room, and 200 square meters of meeting rooms – entirely conceived by Marcelo Joulia, “to revive the glorious past of this building.” 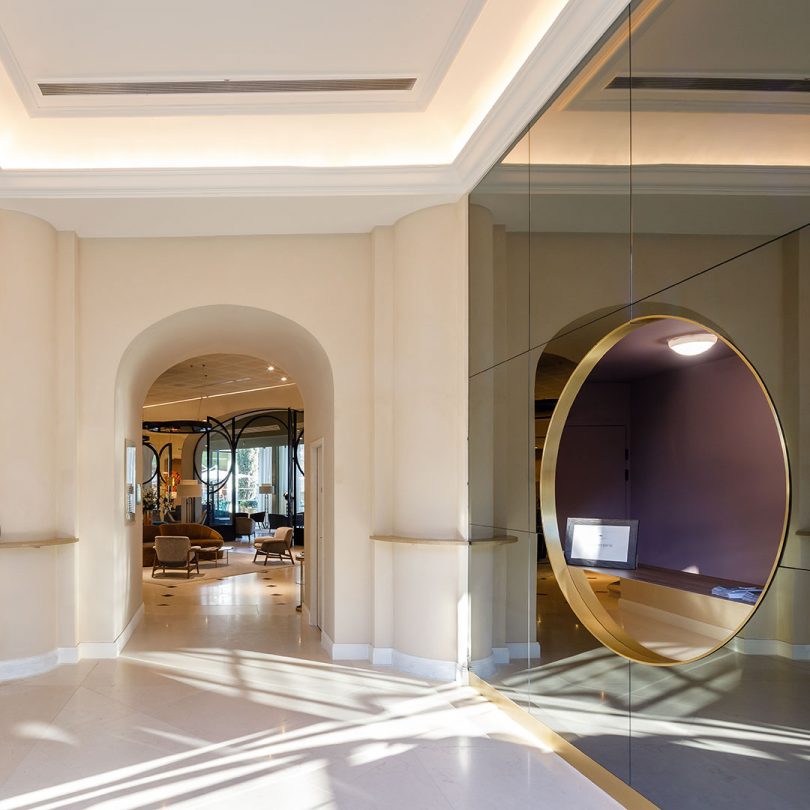 During their research, Naço Achitectures found original postcards, on which the old logo could be seen. It set the tone for the design, its large O and geometric shape becoming one of the visual components of the new interior decoration and being integrated into the designs of carpets, bedroom walls, and even the security guard’s uniforms. 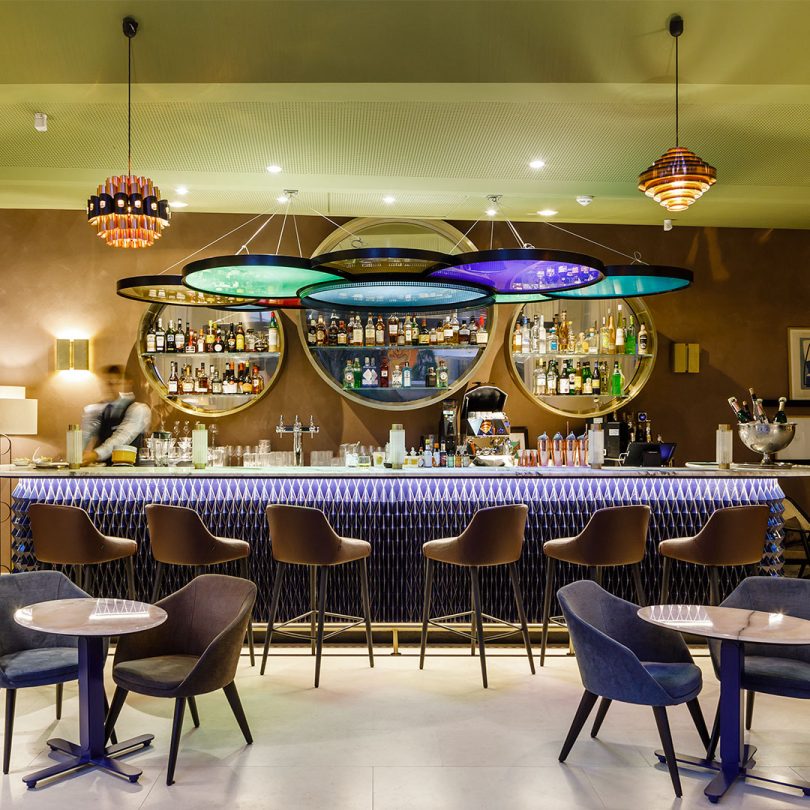 The original 1930s caged elevator, antique chandeliers, grand staircase, and restored arches – witnesses to the hotels’ glory days – remain faithful to its memory, a subtle reminder of the past, which runs through the restoration.

The hotel entrance heralds a grand decoration composed of wood and natural stone, expanding surfaces with large old-fashioned mirrors, and transparency with open windows to enjoy the brightness of spaces such as the bar, brasserie, and lobby. 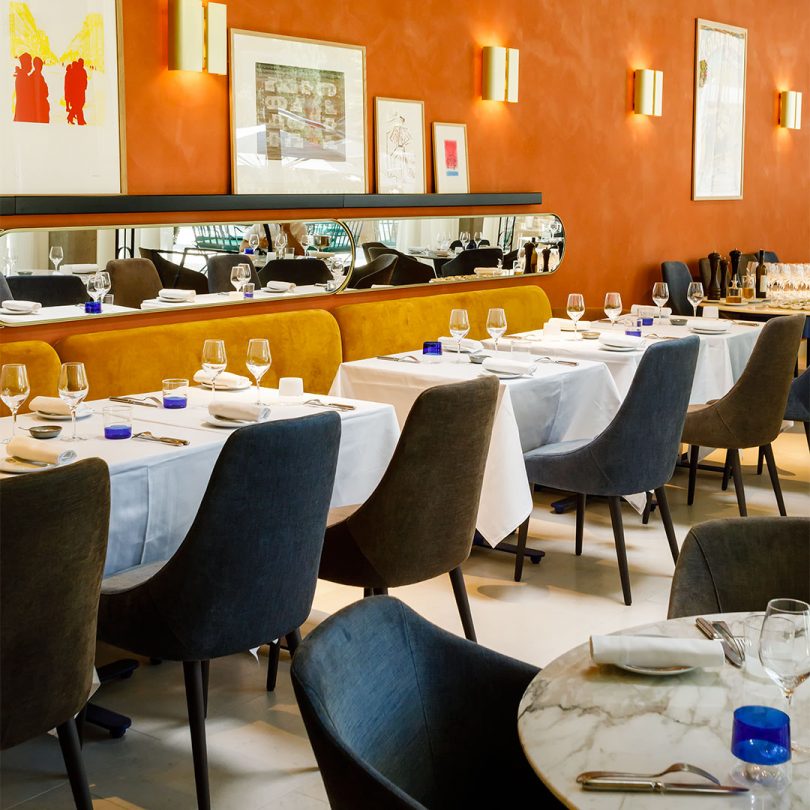 The reception and seminar areas overlook the garden, where pathways have been remodeled and planting embellished. Drystone walls, pavilions and bodegas, fountains, hidden courtyards, paths and passages, and old trees – including the symbolic tree of the hotel, the Ginkgo Biloba – conspire to make The Imperator’s 1020-square-meter garden a veritable oasis of peace and sunshine. 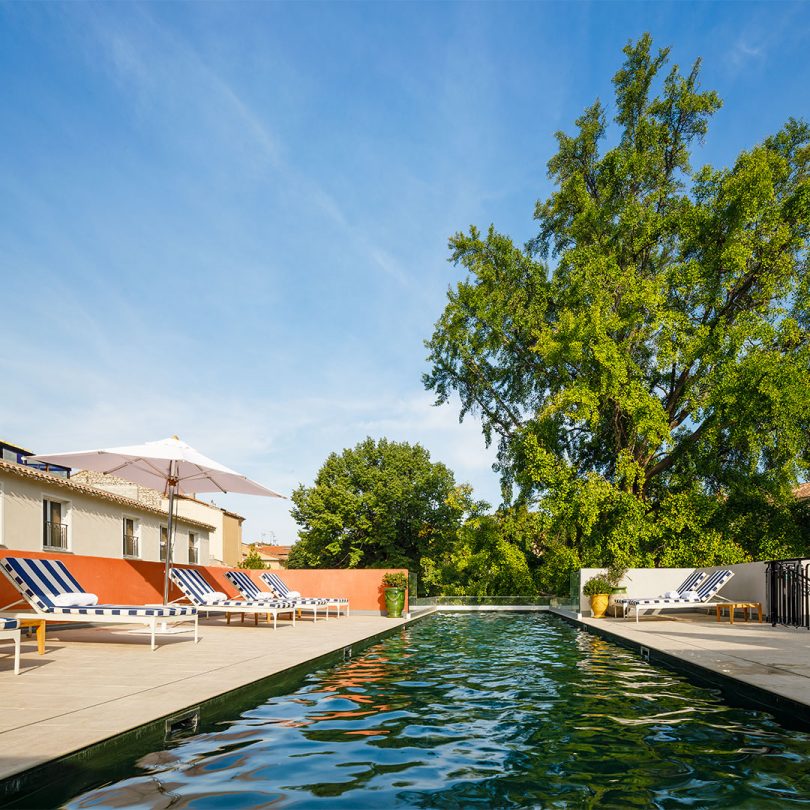 In each of the bedrooms (which are named after illustrious former occupants such as Ava Gardner, Jean Cocteau, Ernest Hemingway, Salvador Dali, Picasso, and Cocteau), Joulia has paired neutral colors, such as the beige and white used on the velvet armchairs, with brighter pops, seen in the leather headboards and carpets. Visitors can choose between a view of Place Aristide Briand or the tranquil hotel garden. 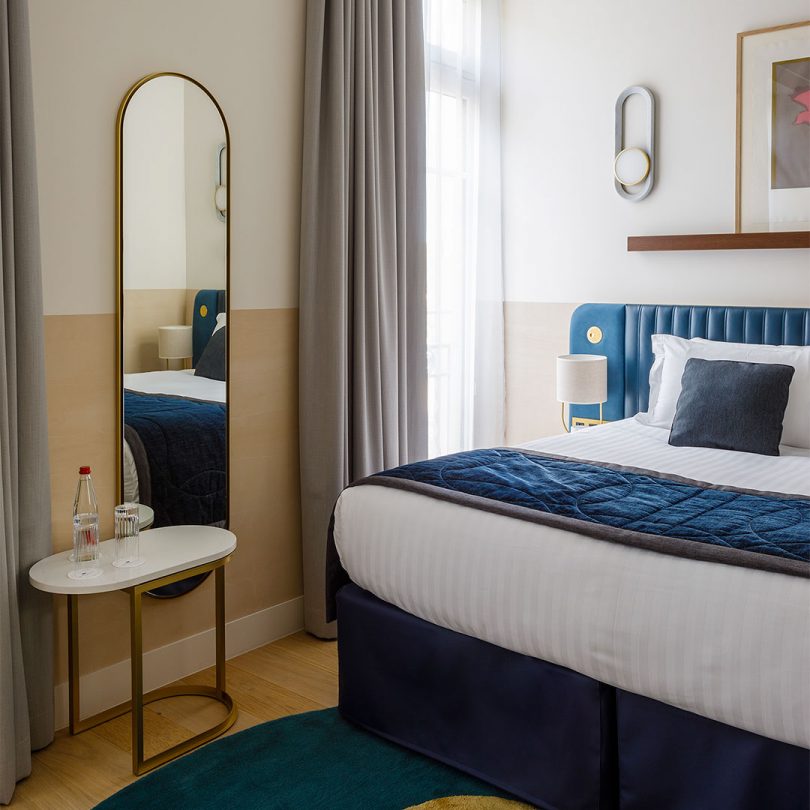 The bedrooms and bathrooms are separated by a porthole-shaped sliding mirror, to bring a sense of the nautical. Bathrooms are fully-clad with natural stone and both spaces feature accents of indulgent materials such as brass and marble. 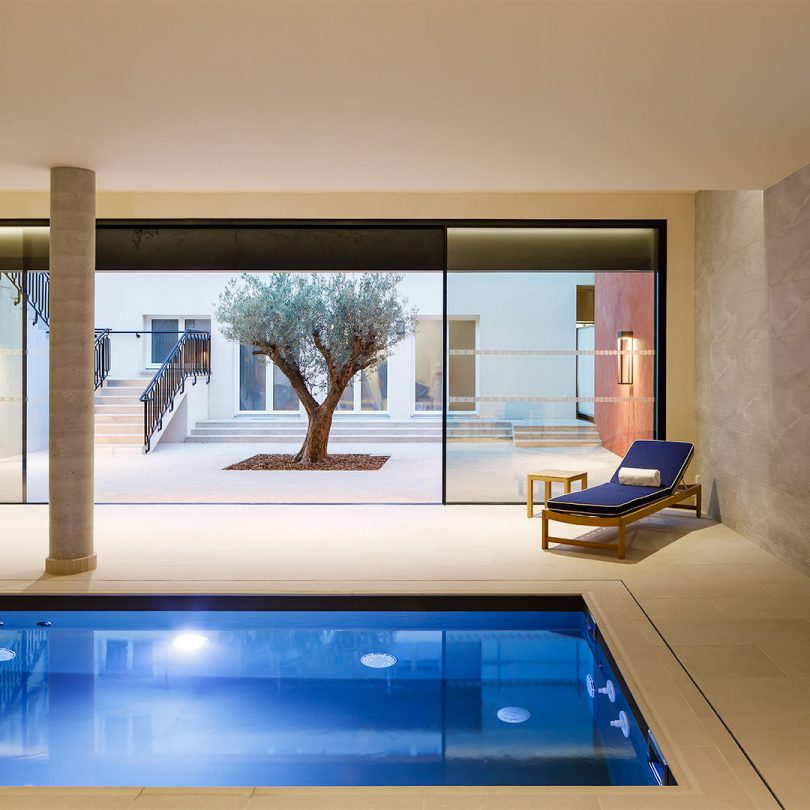 Works by various artists populate the spaces: Guy Bareff’s works of earthenware, Jean-Pierre Formica’s sculptures, lanterns from the designer Marco Marino, sofas by the artist Thierry Carretero, fabric paintings by Claude Viala, the ceramic tiles of Anna Maria Vasco, and the sculptures of 36 recyclab. In each room, a drawing by Marcelo Joulia records the transformation that it has undergone. 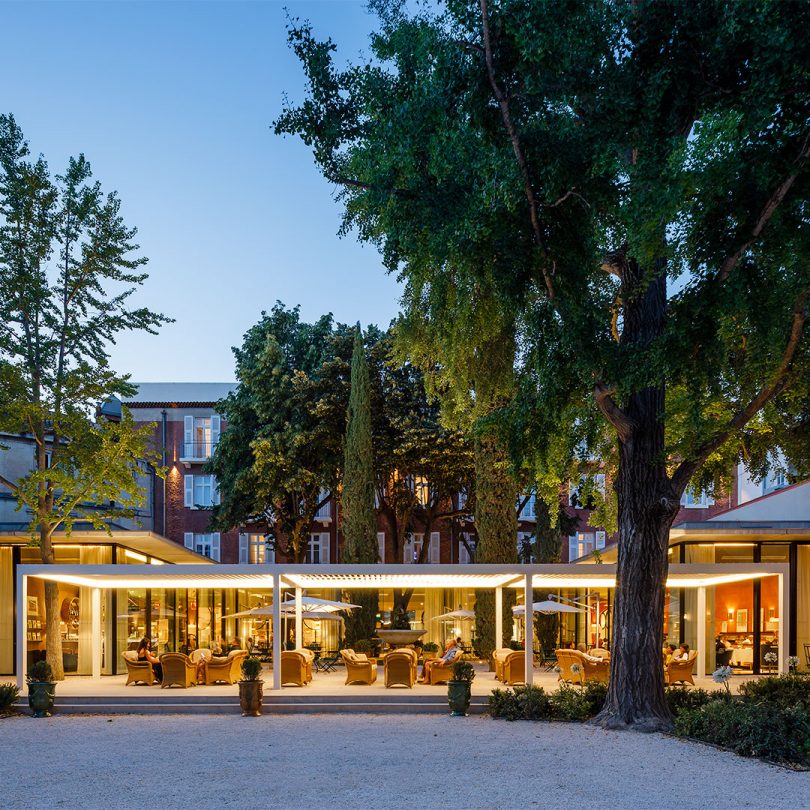 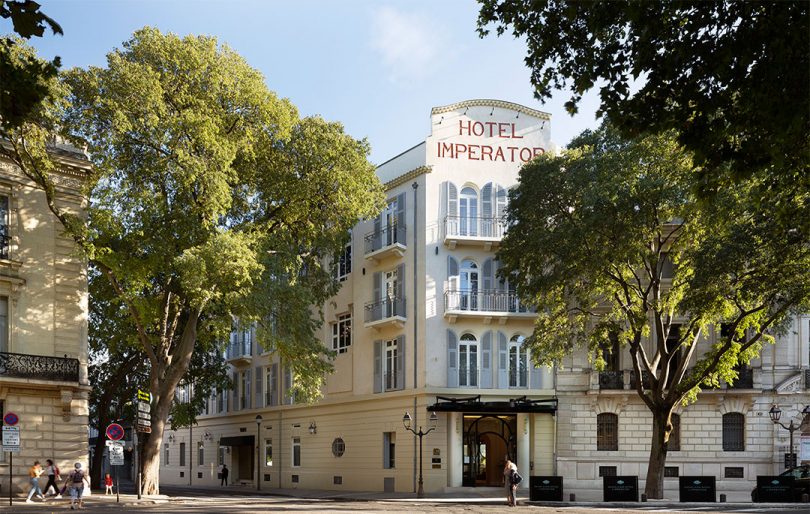 TV and radio audiences have their say

From da Vinci to Bosch, the 10 Most Googled Paintings of...