A couple with a main residence in the suburbs of Long Island sought a pied-à-terre in New York City that needed a gut renovation. They settled on the Crown Heights neighborhood with a request that it be an historic brownstone and close to the trains. They purchased a small, one-bedroom apartment that spanned less than 600 square feet, felt dark, and cramped. To begin the renovation process, they used the Sweeten platform to connect with Voytek S. (vetted contractor) and MNDPC (architect) to help transform the space into the light-filled pied-à-terre it is today. 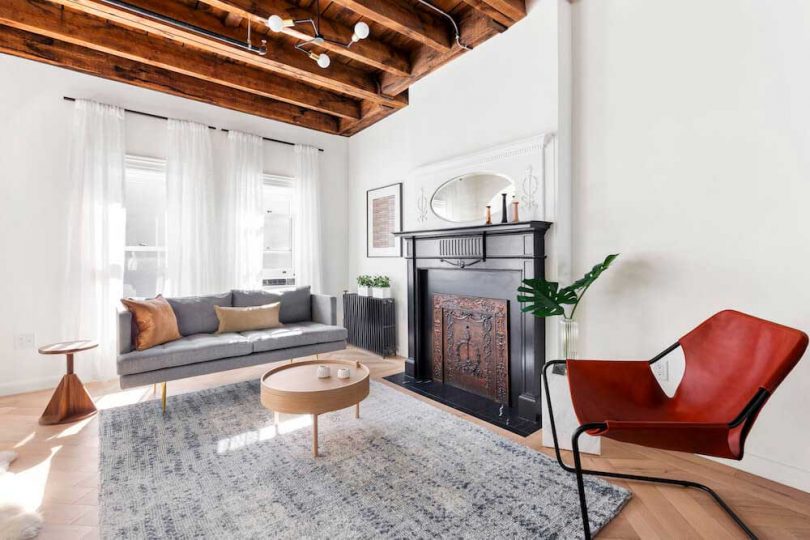 Located on the top floor of a four-story pre-war building, the interior had good bones but it needed a lot of work to function for modern times. During prior renovations, the apartment lost much of its character leaving only the original fireplace and window moldings to restore. To maximize space and natural lighting, the walls were removed and the resulting space is a light-filled studio that feels much larger than it is. To finish it off, they combined Scandinavian elements with a California modernism that feels cozy, fresh, and livable. 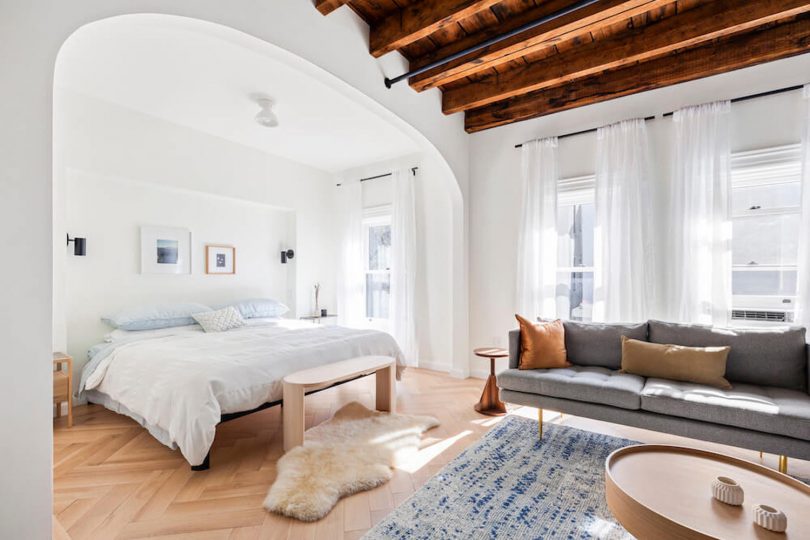 The ceiling was opened up to reveal the original wooden beams which brings a natural element into the mostly white space. An arch was installed to differentiate the living space from the bedroom area while providing an architectural detail that brings the space together. 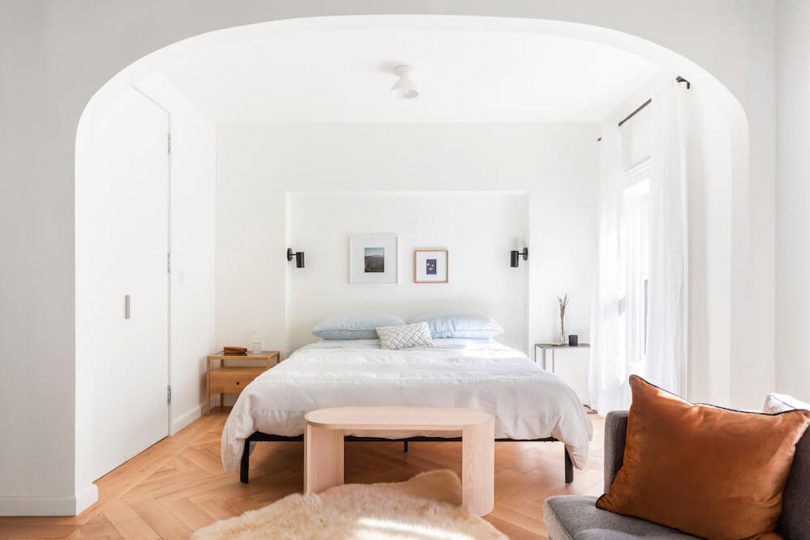 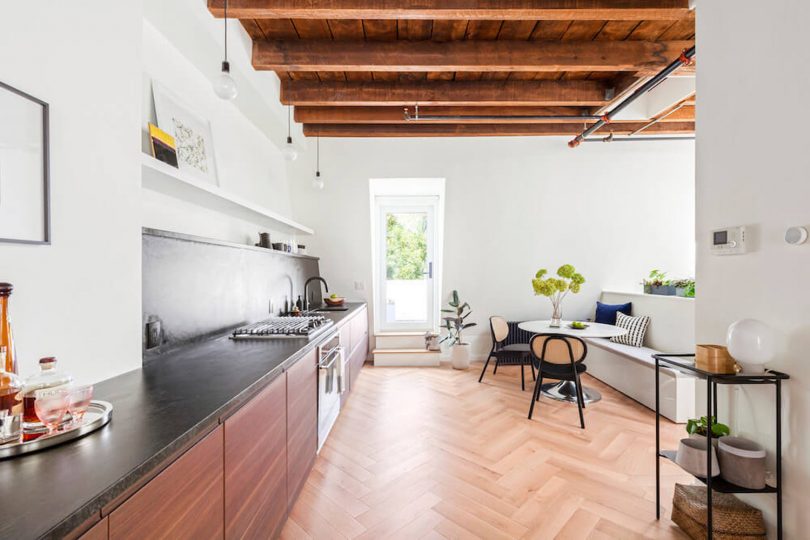 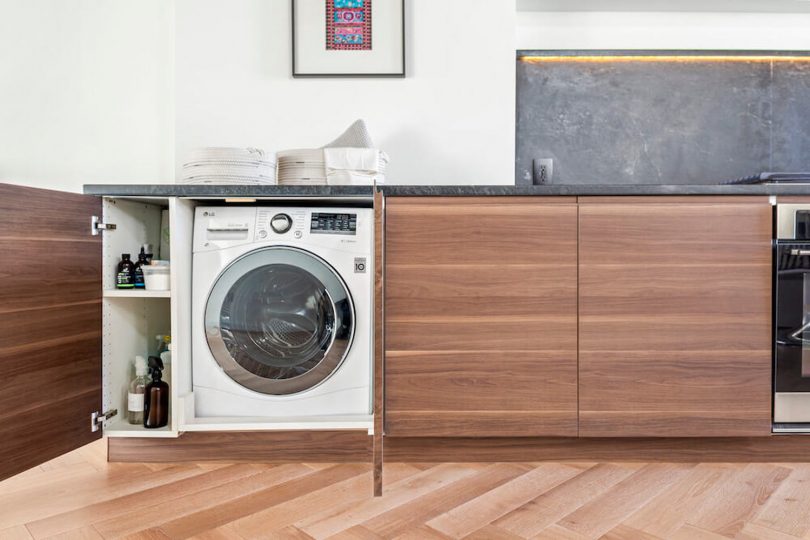 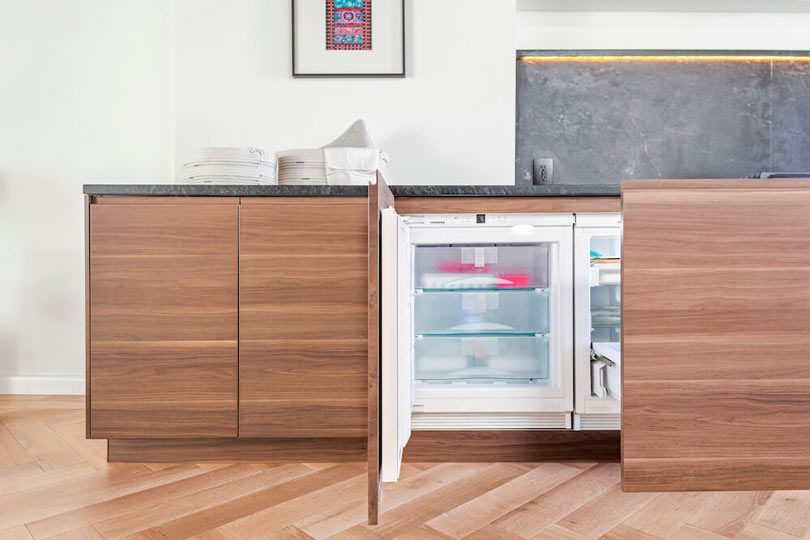 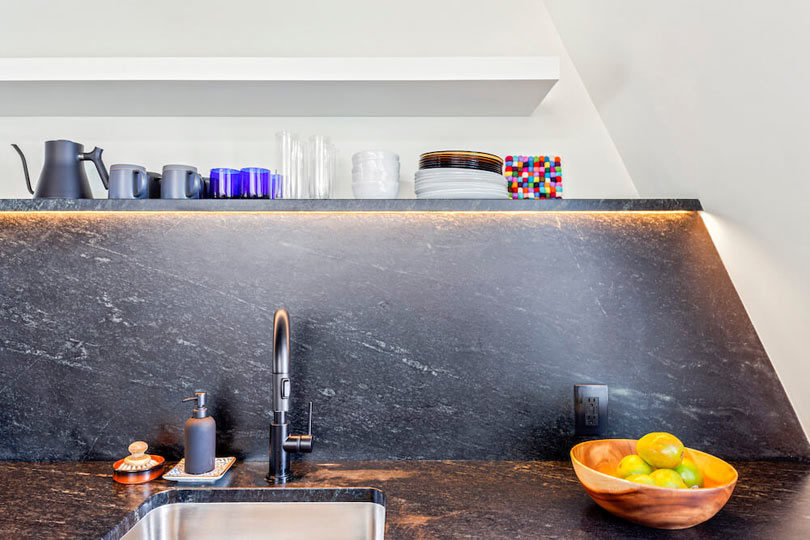 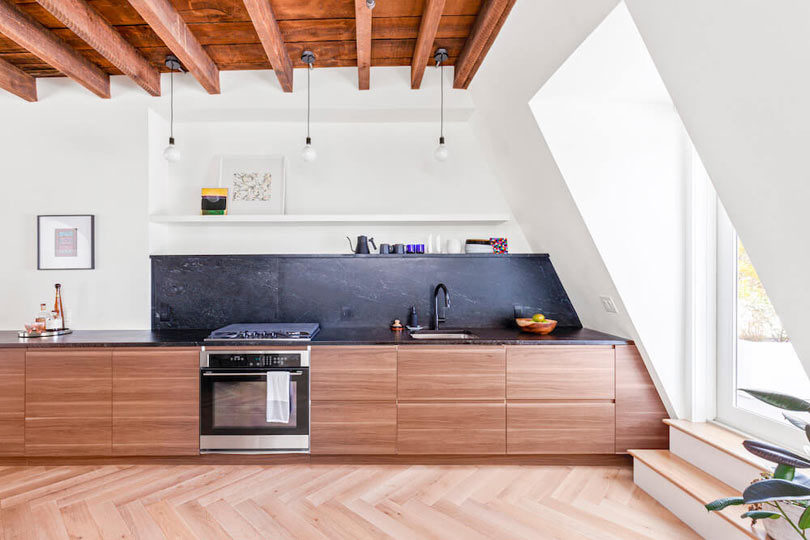 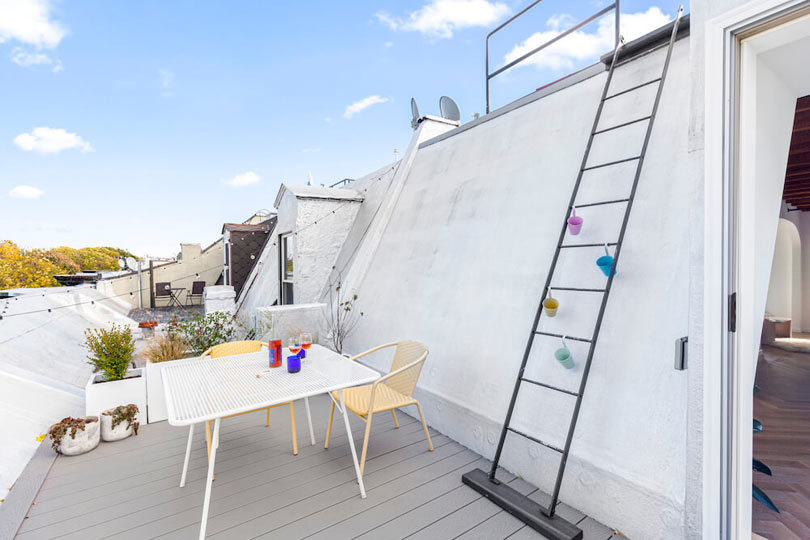 A glass door replaced a small window which now leads to the new roof deck offering views of the neighborhood and Manhattan. 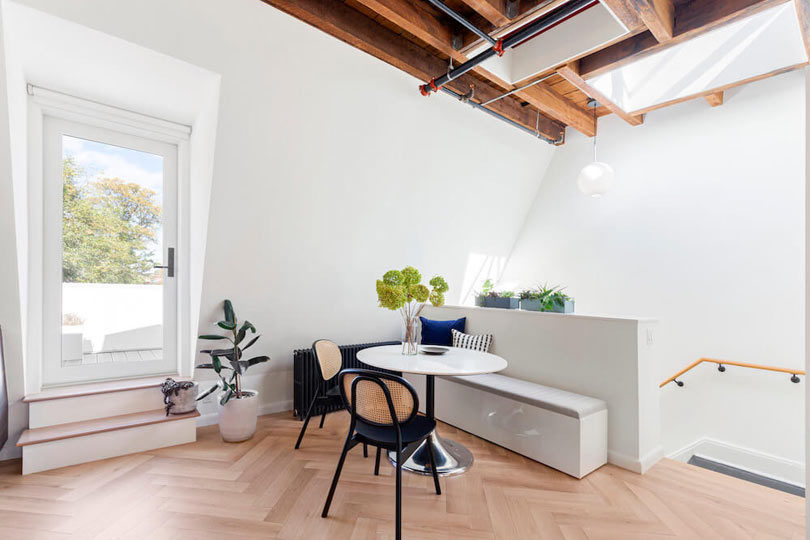 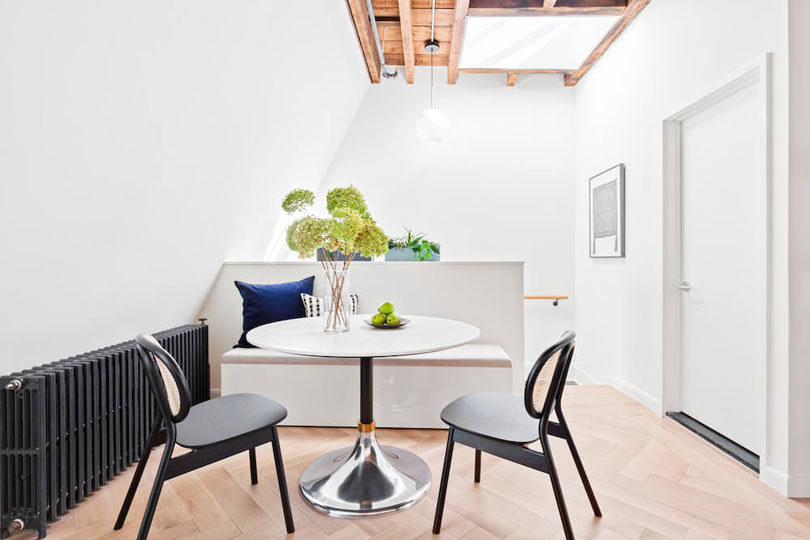 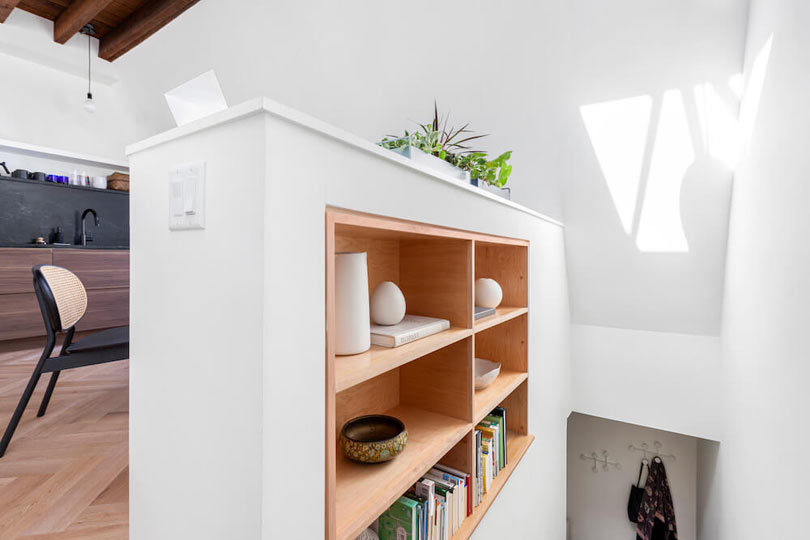 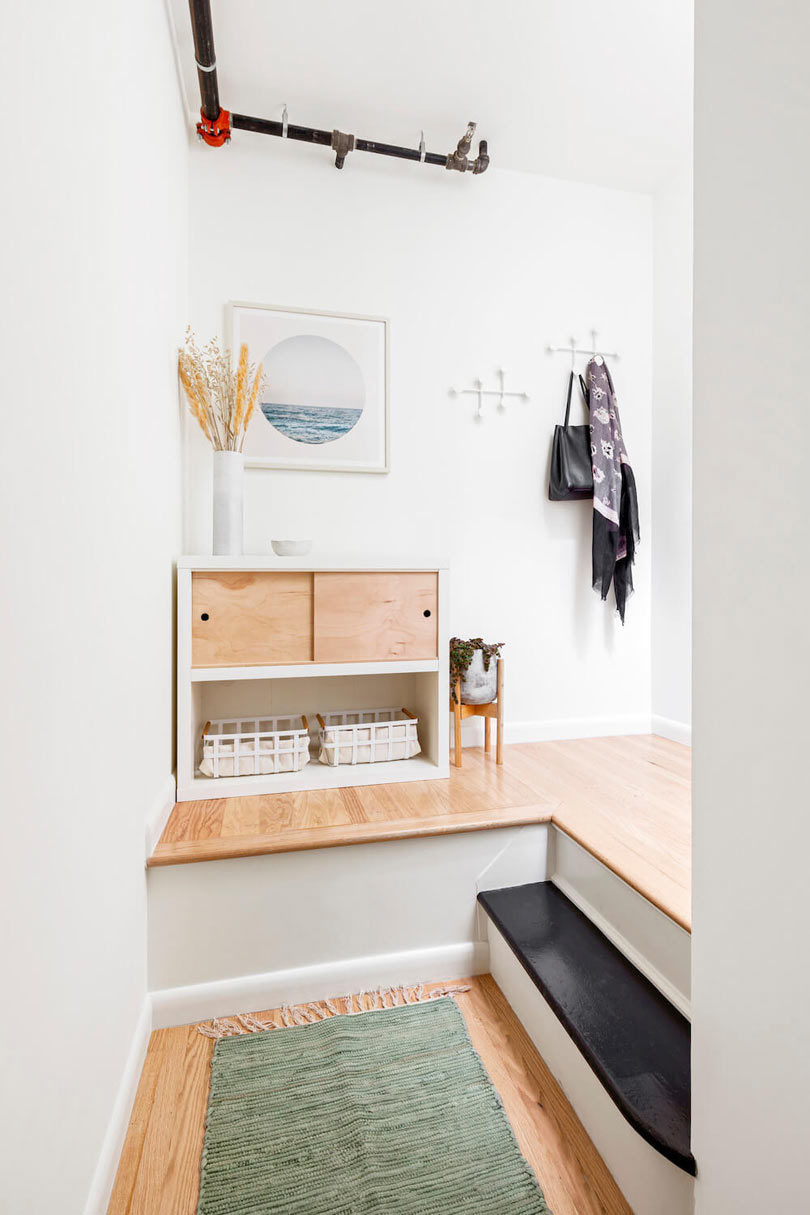 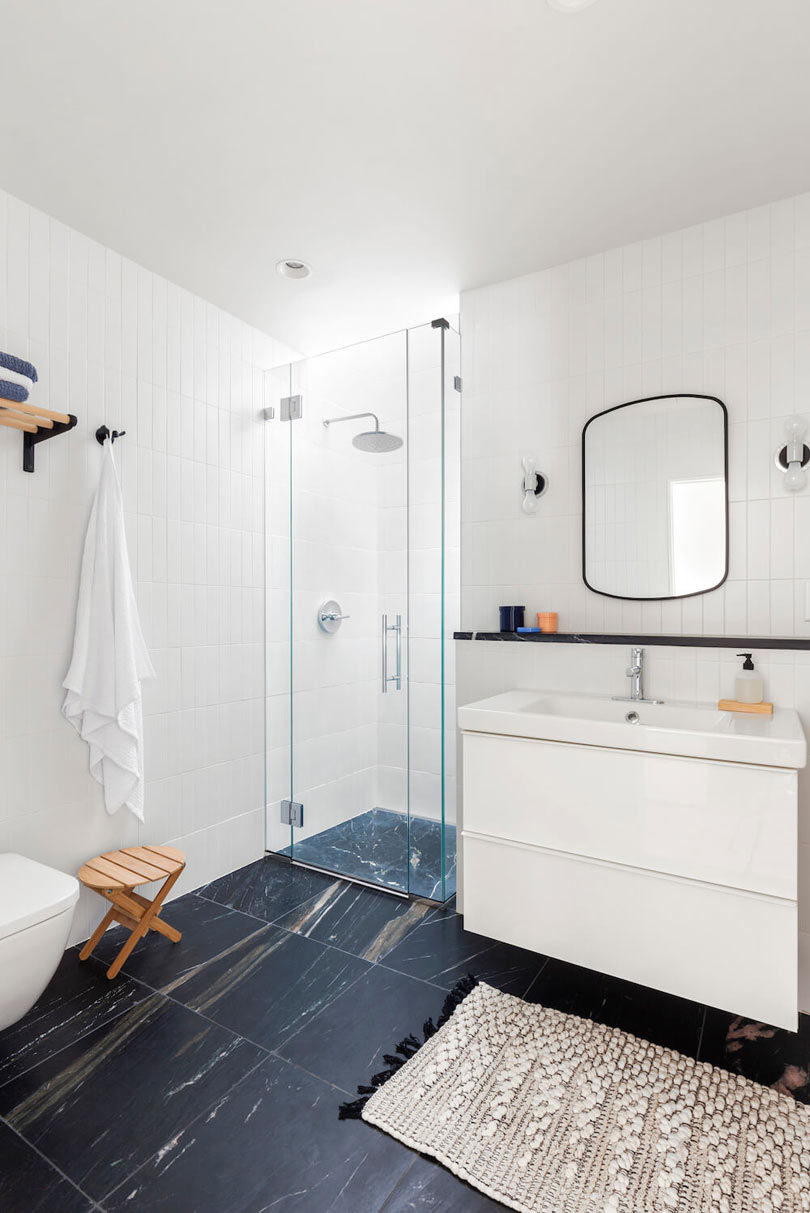 Despite the bathroom being an interior room, it’s flooded with light thanks to vertical space and a skylight installed above the shower. 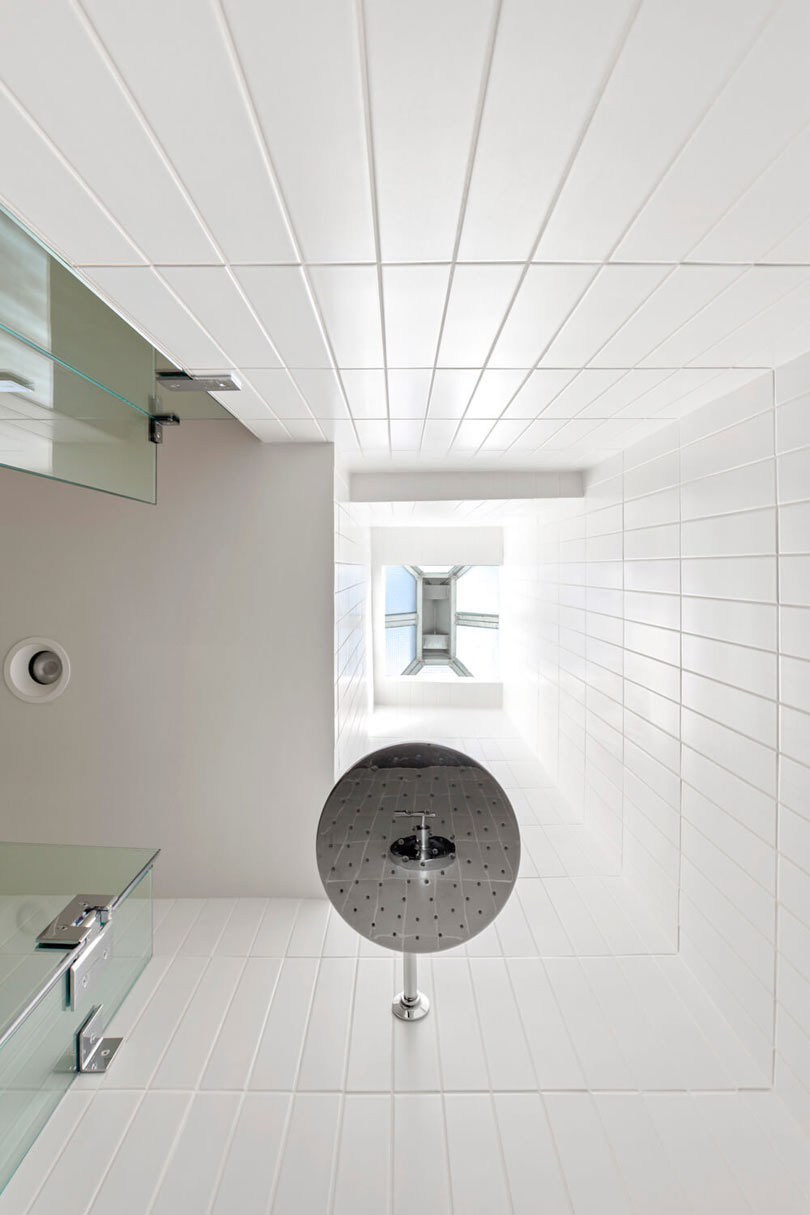 Photos by Pixy Interiors for Sweeten.