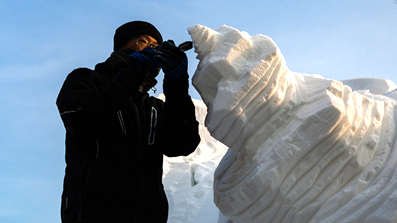 A total of 216 works from 105 universities in China, Australia, France, South Korea, Portugal, Russia, Thailand, the United Kingdom, and other countries entered the competition, and 55 teams have advanced to the final stage.

During the three-day competition, the participating teams create snow sculptures on artificial three-meter snow blocks. Participants presented a wide variety of creative ideas with some works reflecting on the harmonious coexistence between man and nature; others focusing on national stories and spirit. 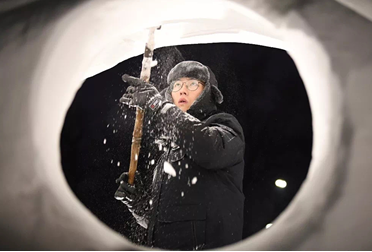 In this city of ice and snow, the low temperature of minus 20°C doesn’t stop the enthusiasm of participants.

At crack of dawn, they are already carrying tools to the field, and late at night, they are still busy sculpting under the street lights. Perseverance stems from their pursuit and love of art, as well as the spirit of craftsmanship.

After professional evaluation, “Exploration of the Sea” won the outstanding award. It combines fish, seals, waves, divers, and other elements, and reflects the spirit of the sea exploration without fear of danger. The winning sculpture is also a tribute to the great cause of protecting underwater cultural heritage. 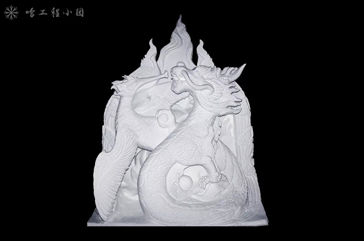 Some participants from Thailand designed a “Dragon and Phoenix” to celebrate the 70th anniversary of the founding of the People’s Republic of China and express their long-cherished hope for China-Thailand friendship.

With special support from the Media and Communications Department of the Beijing Winter Olympics Organizing Committee, the contest aims to improve the creative level of snow sculpture for college students, and further expand the influence of ice and snow culture.

It is reported that in the past 12 years, more than 5,800 Chinese and foreign college students from 18 countries and regions have participated in the competition, creating over 680 snow sculptures on the campus of Harbin Engineering University.

Can Museums Use Their Endowments to Support the Greater Good?

Art in the garbage – The Artsology Blog

How We Can Hold Art Galleries Accountable